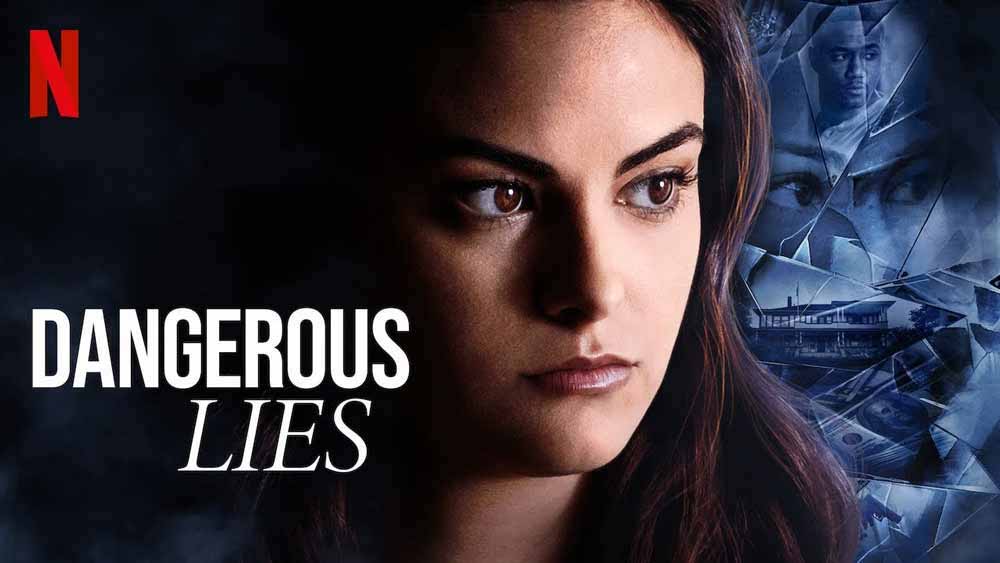 Katie (Camila Mendes) and Adam (Jessie T. Usher) are a young married couple struggling financially. Katie works as a caregiver and when the wealthy old man she takes care of unexpectedly dies he leaves his property to her, making Detective Chester (Sasha Alexander) extremely suspicious of both her and Adam.

In Michael M. Scott’s hands, Dangerous Lies is just another average Netflix original movie with a very weak and uninspired plot. So many plot points are presented as important elements to the story but are either never resolved or absolutely irrelevant. For example, the movie starts with the couple witnessing a robbery that Adam manages to stop. That scene is completely useless to the plot and it’s not the only one.

The characters are all unlikeable and their actions are pointless most of the time. The audience is supposed to root for Katie, the lead, but, even though she’s definitely the most likeable person in the movie, her character is not interesting nor charismatic. She is just at the mercy of events throughout the whole film. She’s passive and doesn’t really do anything important for the plot beside arguing with her husband and that happens a lot. The majority of the movie is just them arguing over money. Making Katie a decent person doesn’t make her a good main character. She always defends her husband even when he’s obviously wrong.

Adam is not pictured as a nice, caring husband and the viewer is made to believe that he is the villain for a good part of the movie but, for some reasons, in the end he dies as a hero. That’s a bit inconsistent but, to be honest, the whole movie is.

Dangerous Lies is also filled with endless genre cliches, including the main female character being threatened several times, being slapped, pushed and almost shot. She also passes out at some point but she miraculously wakes up just in time to take part in the final confrontation scene where the villain gets killed by the detective.

Dangerous Lies is not only a bad movie but it is also a #StaunchTestFail.