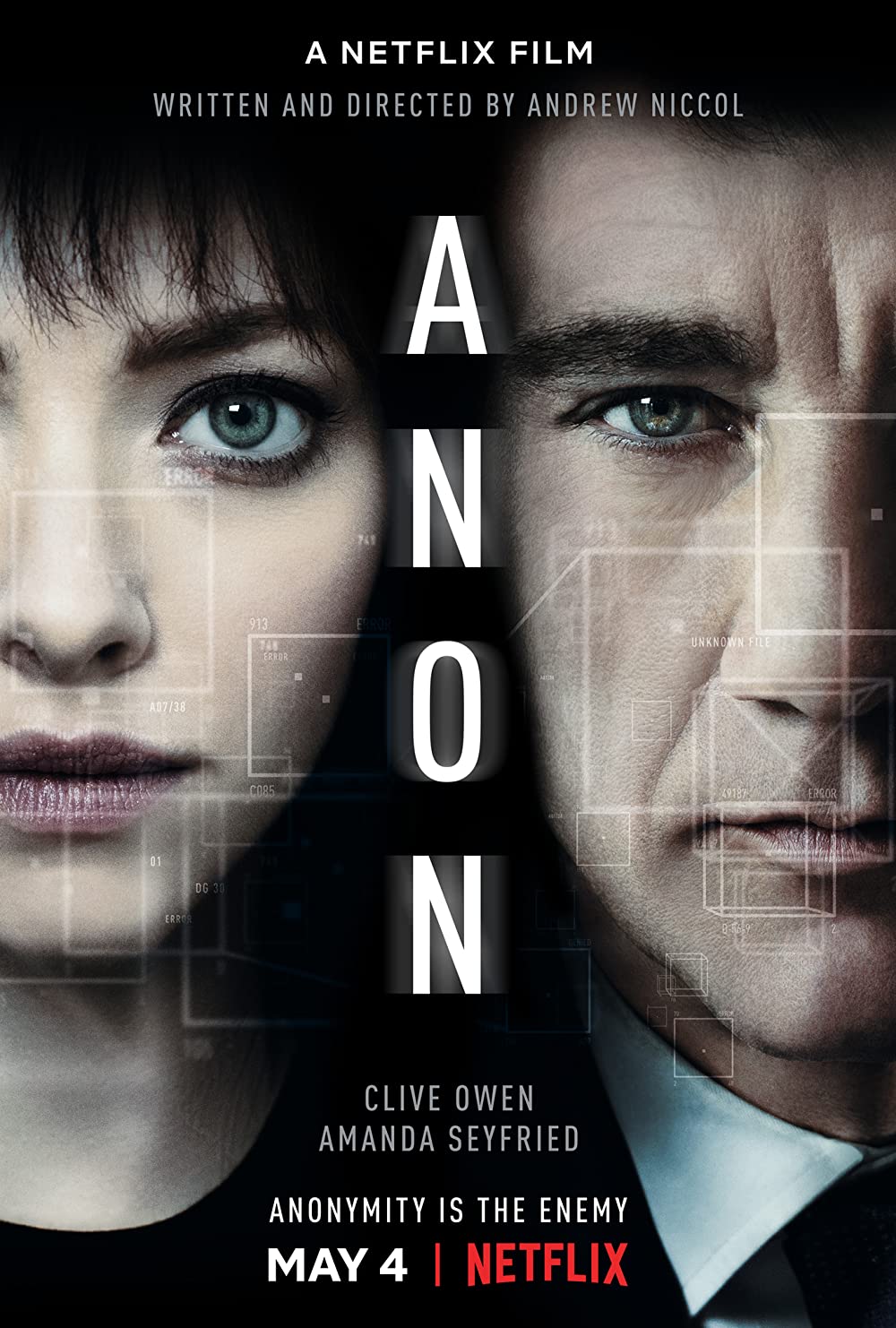 In a not-so-distant future, the government requires that everyone receive an ocular implant that records the user’s point-of- view and provides them with information about everyone and everything they see. It’s a real dystopian society where it’s easy to catch criminals and uncover illegal affairs, but people have no privacy whatsoever.

The movie begins with Sal Friedland (Clive Owen), a police detective, who crosses paths with a young woman (Amanda Seyfried). There is no data about her, she appears to be anonymous. When Sal is handed a series of murders linked to a hacker who manipulates the implant’s records he goes undercover and tries befriend the anonymous girl.

Andrew Niccol’s movies have always been praised for his ability to immerse the audience into futuristic and dystopian realities which are credible enough to be actually possible in the near future. Anon is not his best work, the concept is good but it lacks originality, the plot has no real depth and it’s too generic. It has the look of an old fashioned sci-fi noir movie but it doesn’t add anything new to the genre.

Amanda Seyfried plays Anon the femme fatale, she’s a hacker, but she’s not the murderer. Someone is killing her clients in order to frame her. Anon and Sal develop a personal relationship and end up making love really soon. Given the woman’s cautious approach to other people and her anonymous identity it is improbable that she would end up so fast with someone she doesn’t really know. I guess that, due to the noir aspects of this movie, it was essential to show her naked but, to be honest, the sex scene is absolutely useless and adds nothing to the plot.

A lot of people get murdered throughout the movie but, what is really upsetting, is that the only female victims are two high society really attractive young lesbians who get killed while making love. Was it really necessary to show them undressed and having sex to ‘enhance’ the murders?

There’s still a lot of work that needs to be done in order to make women in this movie viewed as believable characters and not just sex objects.

I would say Anon is a #StaunchTestDebate, what do you think?