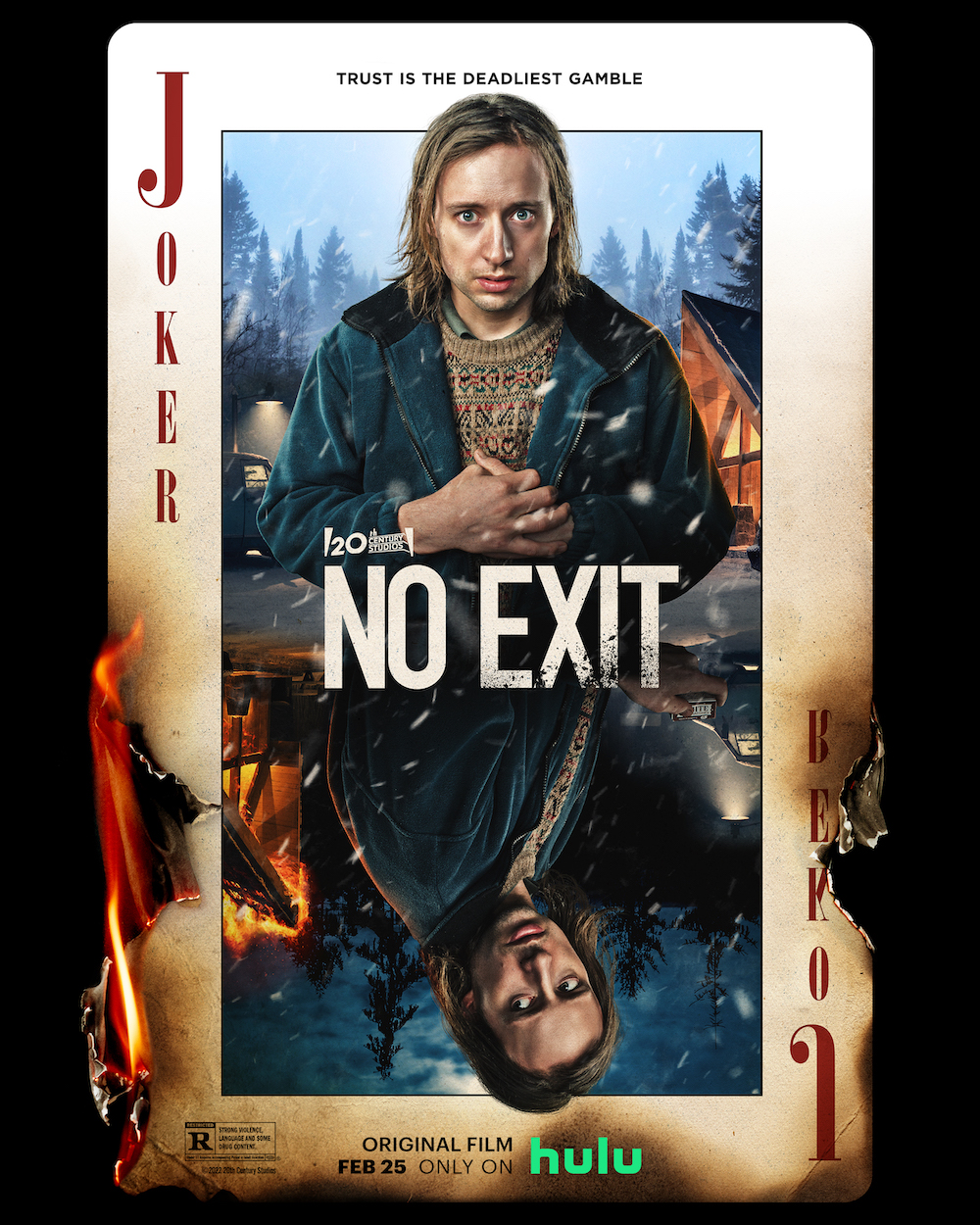 During a blizzard Darby (Havana Rose Liu), a college student and recovering addict, gets stuck with a group of people at a visitor centre. She finds out that one of the men she’s stuck with has kidnapped a little girl and he is hiding her in his truck. She will do anything she can in order to save her.

No Exit is a sound thriller movie and, even if it a little predictable, it is a very entertaining film with a strong female lead who is not scared of going against everyone to save an innocent girl. The plot devices used here are very familiar and have been used over and over, especially in isolation thrillers like this one. However, seeing a young troubled girl fearlessly dealing with the whole situation is refreshing, especially since no one tries to seduce her, rape her sexualise or her in anyway.

Despite this, both Darby and the little girl are tortured and badly treated by the men who arranged the kidnapping. The girl is found gagged and tied up in the truck and, later, it is discovered that the men plan on giving her to a certain man called Uncle Kenny who runs a human trafficking ring. Don’t worry, that never happens in the movie but in order to save her Darby has to fight for her own life. She gets pepper sprayed, beaten up, threatened with a gun, her wrist gets nailed on a wall and, in the end, she is also shot by the police. Both she and the little girl survive, however.

It’s worth mentioning that the last part of the film is pretty gory and violent but not just for the two girls. Darby can defend herself and she successfully kills both the kidnappers in very violent ways.

As ever when dealing with this genre a little girl is kidnapped and a woman is beaten up but the female character is not a clueless girl who is waiting for a man to rescue her this time. She’s the brave one, the one who has the situation under control and she’s the one who saves herself and the victim. However, No Exit is a  #StaunchTestFail.