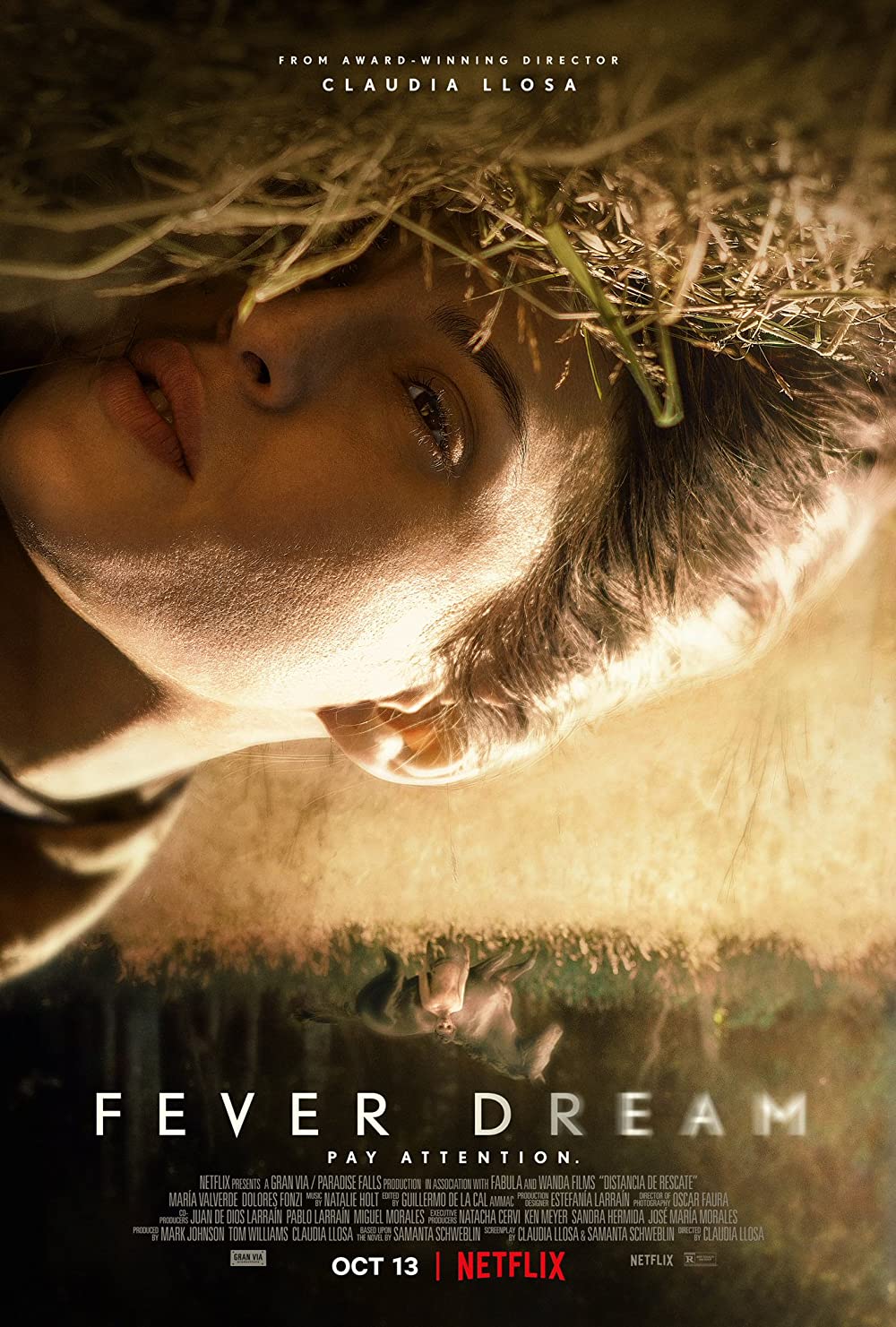 Amanda (Maria Valverde) is lying in pain and someone is dragging her. She is talking to someone who sounds like a kid. He tells her that she has to recall what she did before all of this happened, who she met and where she was, all the details, in order to understand what’s going on. This is how the movie begins.

Amanda just wanted to spend a nice summer vacation in the countryside with her daughter but when she befriends her neighbour Carola (Dolores Fonzi), she learns something unsettling. When Carola’s was younger, her son David (Emilio Vodanovich) was dying of a strange illness, in order to save him, Carola brought him to a local folk healer who made his soul migrate. What now lives in David’s body is not her son anymore – or so she says.

Fever Dream is Netflix’s first original film from Peru, its original title ‘Distancia de Rescate’ literally means ‘safety distance’. Amanda says that that’s how she describes the physical distance between her and her daughter from which she feels confident she can rescue her from any danger. The original title is much more meaningful than its English counterpart. One of key elements of this movie is motherhood and how it can change and affect women. While the original title highlights this aspect, the English one describes the actual plot of the movie and is something of a spoiler, as at the end of the film, Amanda dies of fever and what the viewer is watching from the beginning is her fever dream.

Motherhood is not the only aspect the movie focuses on. There’s a huge emphasis on Amanda’s friendship with Carola. They spend a lot of time together but there’s always a thin line of suspense in each of their meetings, foreshadowing Amanda’s doom. Their friendship is authentic, they help and learn from each other. At a certain point Carola starts to care more and more about Amanda’s daughter and she tells her that she wishes she was her own, this definitely upsets Amanda but she knows that Carola’s only saying this because she thinks her son is not her son anymore.

Claudia Llosa’s Fever Dream  feels like a creepy fairy tale, its rural setting and the colour choices make it really look like a dream. It is full of metaphors and beautifully shot scenes. It is definitely not your average thriller movie and might be considered slow at times, but it is original and keeps its audience guessing even after its ending.

Fever Dream is a #StaunchTestPass.