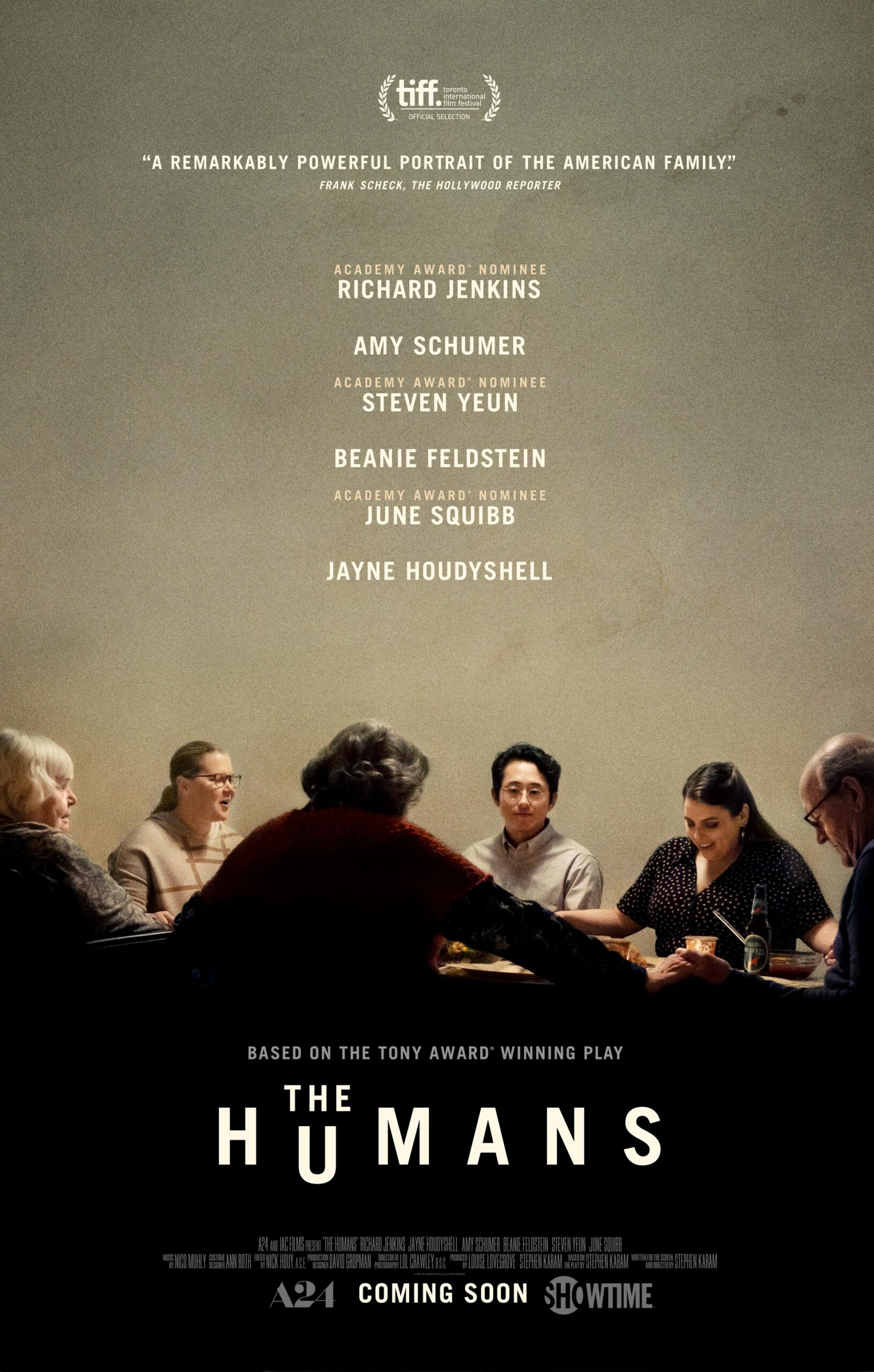 The movie follows the course of a Thanksgiving dinner in Brigid Blake’s (Beanie  Feldstein) apartment. She’s invited her whole family including her grandmother Mom (June Squibb) who suffers from Alzheimer disease. Things start to unveil and, by the end of the evening, tensions reach extreme levels.

Stephen Karam’s The Humans is based on a one act play by the same name. The movie adaptation keeps its theatrical format, close-ups are rare and the scenes are framed as if someone from the outside is watching the family – thus the viewer is kept separate from the family development.

This is not really a thriller movie but the suspense is high for its whole length. It’s a drama shot as a horror film. Nothing really extreme happens in the plot expect for a couple of hard-to-swallow confessions from some family members. However, the ending feels like it came straight up from a horror movie, highlighting how the knowledge of certain facts can change the perspective of the whole family.

No one gets hurts physically but there’s a lot of emotional and psychological damage  going on that, unfortunately, happens in every family. We are all humans after all.

The Humans is a #StaunchTestPass.