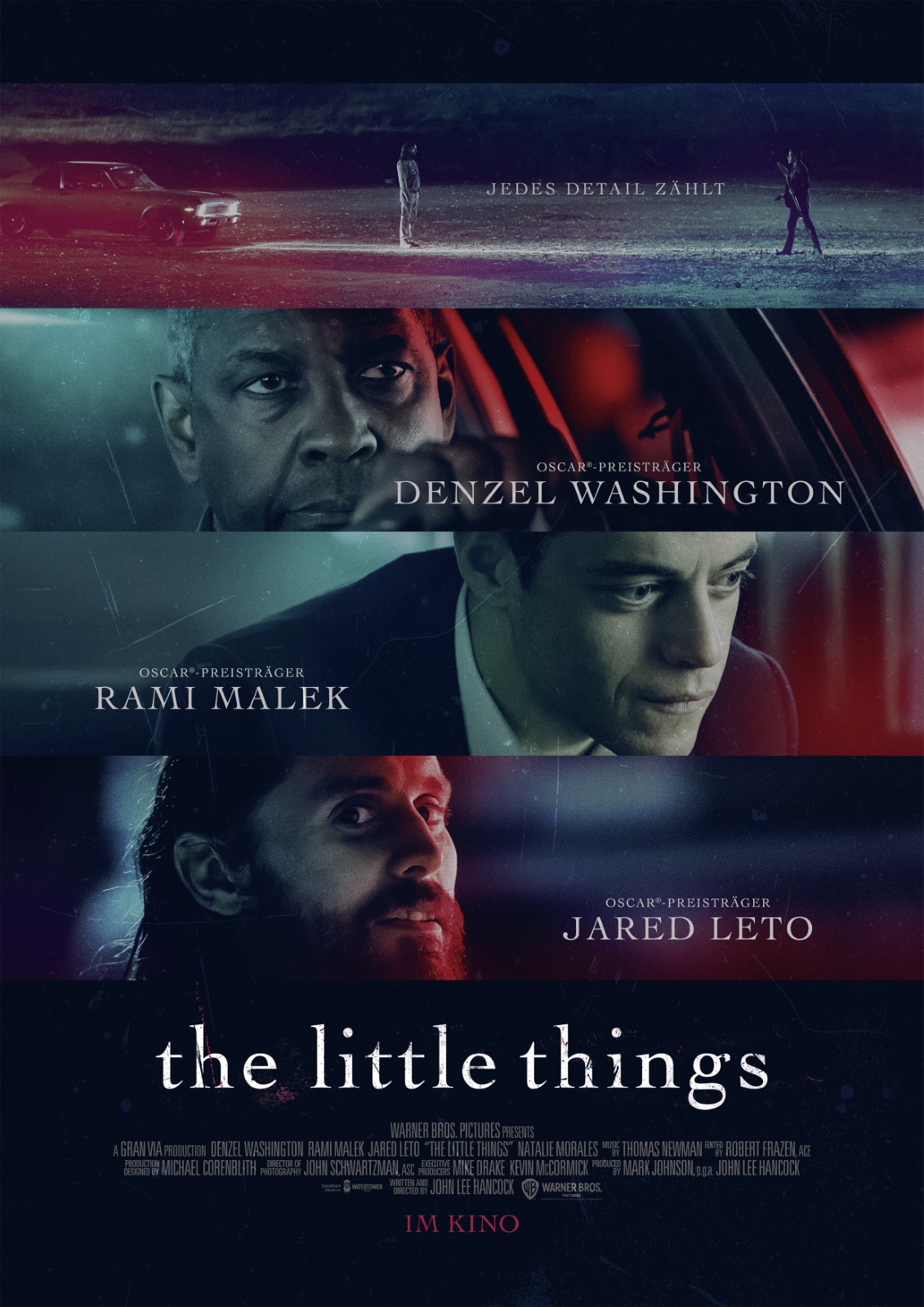 Deacon (Denzel Washington) is a California deputy sheriff who is sent to Los Angeles to collect evidence related to a recent murder. Once he gets there, new victims are found. He teams up with lead detective Baxter (Rami Malek) to catch the serial killer behind these murders.

The first draft of the script was written by Hancock in 1993 and it shows. The Little Things is a crime thriller movie that is not just set in the 90s, it also seems like it was released back then. John Lee Hancock gives us a movie that is retro-looking; it appears to pay homage to all those crime movies of the 90s but, by doing that, it looses originality and feels excessively slow at times.

The cast is really good, it also includes Jared Leto in the role of first suspect Albert Sparma, but that doesn’t help the film gain its own identity. Everything is too familiar, especially for long-time fans of this genre.

Detective Baxter becomes so obsessed with the case that he takes justice into his own hands and decides to confront Sparma alone even if there’s no real evidence confirming that he is the killer. He kills Sparma by accident and Deacon helps in covering it up. In a flashback it’s revealed that he too killed an innocent girl, a survivor from one of his last murder case, he was helped by some of his colleagues who covered for him.

A part from Sparma all the other characters that get killed are young women. Apparently they were all gagged, tied up, stabbed and that’s not all! All the bodies had bite marks as well.

The Little Things is not innovative at all, it’s just the same old detective-crime movie involving a couple of male detectives who try to catch a serial killer who only murders young women.