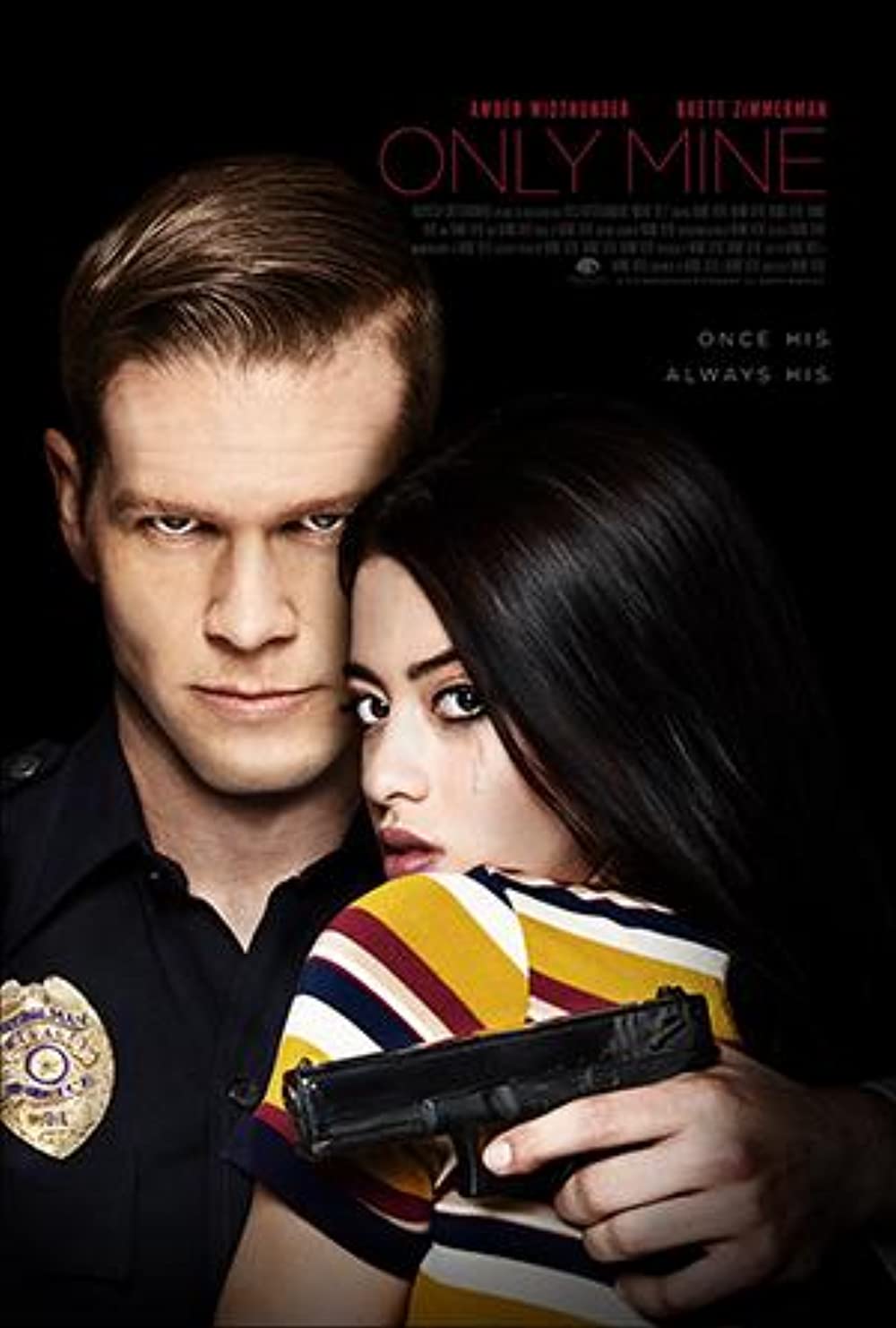 When Julie (Amber Midthunder) starts dating local policeman David (Brett Zimmerman)  she thinks she’s finally found the love of her life. He’s sweet and cares about her, but sometimes he might be just a bit too protective… She doesn’t realise that this relationship might cost her her life.

Only Mine is filled with unoriginal crime tropes and plot devices, it includes fake interviews with whoever was close to Julie during the events but they don’t make much sense. This movie is not a documentary and it’s not even shot as a fake one so why are there interviews?

The story is simple but scary. David is a policeman that’s why it took so much time for Julie to finally leave him. She thought she could trust him but no one really believes her when she tells the police that he is stalking her. He’s part of the police so he can’t be such a bad person, or could he? He threatens her with a rake, pushes her, shoots her and fakes a car accident so everyone would think she just disappeared and died after the incident.

In an almost unbelievable way, she manages to survive for three days wounded in the woods and kills him in his own chalet.

Michael Civille’s presents Only Mine as based on a true story, and similar stories have happened before unfortunately  – cops control and murder their wives and girlfriends all too often – but why not make it a real documentary, rather than this odd nod, or at least, a realistic adaptation of the events? Especially since there’s barely anything online about the real story that the movie claims to tell. This film manages to exploit an ostensibly true story without doing justice to the female victim at its heart.

Only Mine is clunking #StaunchTestFail.