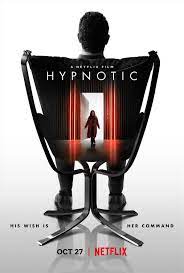 By adminNovember 9, 2021No Comments

Jenn Tompson (Kate Siegel) is a young unemployed woman who recently broke up with her boyfriend. Following her friend’s advice she starts seeing Dr. Collin Meade (Jason O’Mara), a hypnotherapist who seems to be helping her. When Dr. Meade starts acting weird, as if he is hiding something, Jenn starts investigating until she discovers something unexpected and horrifying.

Hypnotic is just another generic and predictable Netflix movie. The very foreseeable twist is given away in the first 20 minutes and, after that, the plot gets even more cheesy.

Basically Dr. Meade hypnotizes his patients to make them do anything he wants, he also puts memories they never had into their minds and he stalks them. Please note that his patients are always young women and this is something that is emphasized throughout the movie. He also makes them kill for him and sometimes kills them himself. Just the guy you want practicing hypnosis…

Jenn’s friend Gina (Lucie Guest) is killed by him calling her on her phone and, in a scene that makes him look more like a sorcerer than a therapist, uses a word trigger to make her hallucinate a huge spider climbing up her while she is driving. She panics and crashes the car, killing herself and her husband.

Dr Meade also fights Jenn violently during the final climax of the movie, hitting her and – of course – choking her until she finally kills him.

Hypnotic is a new Netflix original that literally treats women as if they were puppets in the hands of a disturbed man who is supposed to be a therapist.