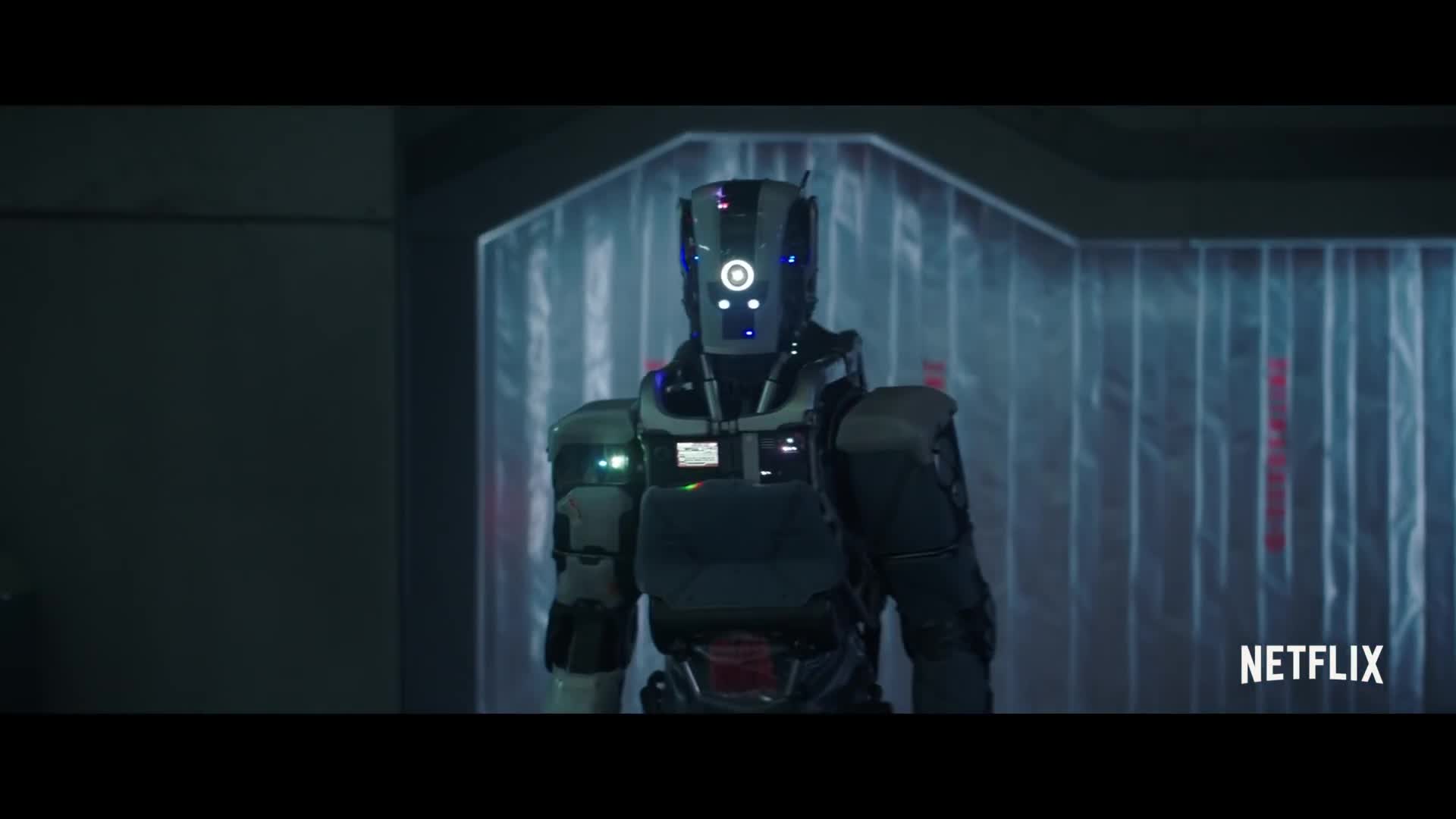 A teenage girl (Clara Rugaard) is raised underground by a robot, that calls itself Mother, (voiced by Rose Byrne) designed to repopulate the earth. The girl thinks she’s the only human on earth until a wounded woman (Hilary Swank) breaks into the bunker.

I Am Mother is a Netflix sci-fi thriller movie with an all-female cast. The premise is simple but the plot is intriguing and makes the audience come up with their own theories until the ending.

Should Girl trust her robot-mother or an unknown woman? Who is telling the truth?

The presence of Woman tests the mother-daughter relationship between Mother and Girl. Mother would do anything to keep her daughter safe especially since Girl is acing all her exams and Mother’s goal is to raise the perfect ethical human being.

There is some violence during the most confrontational scenes and most of them involve Woman. She is already wounded when she breaks in the bunker. She doesn’t let Mother operate on her so Girl volunteers but she still doesn’t want to be sedated because she doesn’t trust them, making the operation extremely painful. To force Mother to open the doors of the bunker and let them escape she holds a knife to Girl’s throat but she doesn’t really hurt her.

On the other hand Mother tortures Woman for information on survivors. It is also implied, but not shown, that she kills Woman in the end and that she also killed all the children that she raised before Girl because they couldn’t reach her ethical and psychological standards.

Even if  Grant Sputore’s I Am Mother deals with some scenes of physical violence I would say this one is a #StaunchTestDebate. Woman and Girl are never sexualised nor gratuitously beaten up throughout the movie, even though the surgery scene is a little hard to watch.