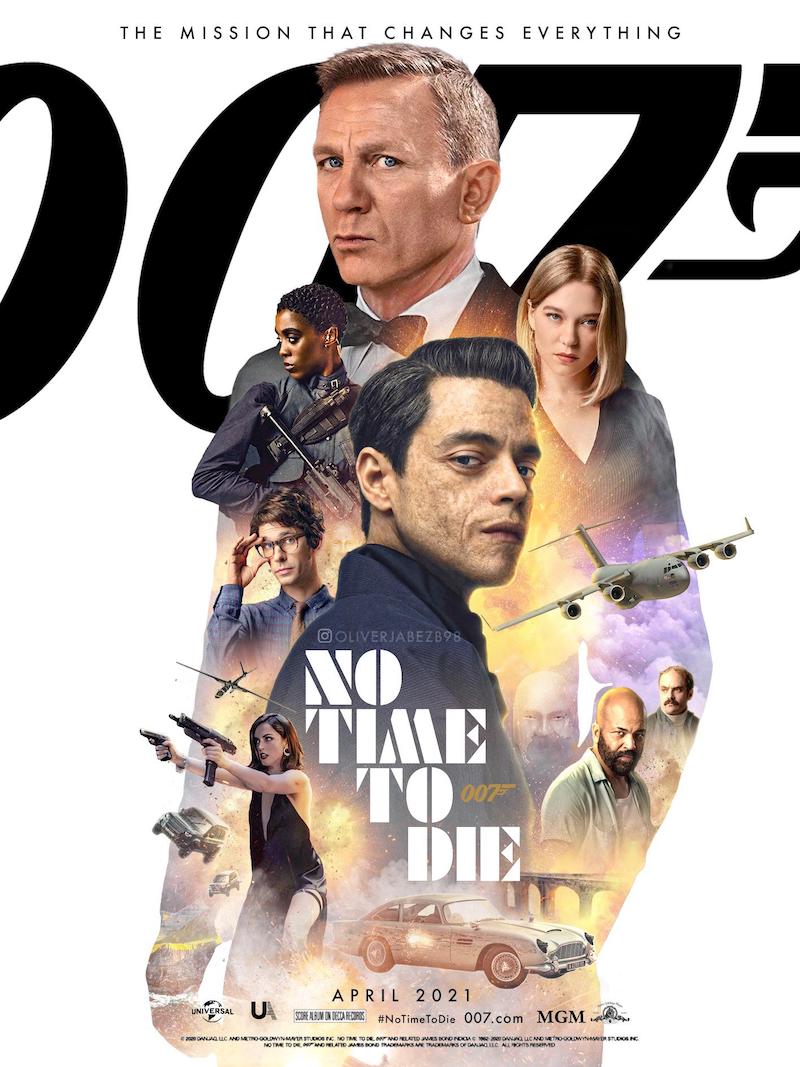 Bond is back, and feels as though there’s been more focus on the fact that it’s Daniel Craig’s final outing in the role than on the quality of the film showing on multiple screens in most cinemas. All the usual elements are there, the gadgets, (unremarkable), the bullet-proof cars, the stunt chases, the power-crazy villain with his eye on world domination, the relentless hitmen. And of course, the uber-dangerous weapon. Nano-bots, in this case, tailored from a victim’s own DNA, in order to kill just them and their relatives. They can enter the skin from a single touch, flagging at once that Bond will get infected, or infested, or whatever you’d call such a thing.

And Bond’s most recent love interest Madeline (Léa Seydoux) is back, too. Bringing with her the 5-year-old daughter he didn’t know they had. The romance and softening of the trained killer is almost convincing, tucked in as it is among the high action and world saving going on around it at a furious lick. Madeline has little character to complicate things, only a bitter back story involving the arch villain, (Rami Malek). Meanwhile, Bond’s kickarse female colleagues could have been named Feisty and Fun, the former a black agent (Lashana Lynch) given Bond’s coveted 007 badge, competing with him to prove herself until tamed into the perfect sidekick in battle. Fun is an Italian CIA agent, (Ana de Armas) who briefly and amusingly gigs with Bond at a Spectre ball where the entire organisation is wiped out with nanobots.

Despite 5 writers credited on this film, there is no innovation or thrill to the structure, no originality and the dialogue is flat beyond belief. Everything relies on spectacle. Far more exciting and creative are the opening credit sequence and Billie Eilish’s soulful voice pouring out the beautiful No Time To Die theme song

And yet again, Bond dies. Or does he? The problem with hyping a product so hard is that we all know the search for a replacement Bond is already underway. This is a money-spinning franchise, after all. How a black or female Bond could be written in as father of a white little girl is probably giving the producers headaches already. But no doubt the kid and her mother are as disposable or rewritable as M, Q, Moneypenny and all the other characters who have laboured at the face of this particular goldmine.

So what’s our verdict? There was plenty of wholesale, gratuitous violence and hundreds of male and female people casually killed in this epic, but it’s the murder of Madeline’s mother in the opening scenes that specifically makes No Time To Die a #StaunchTestFail.