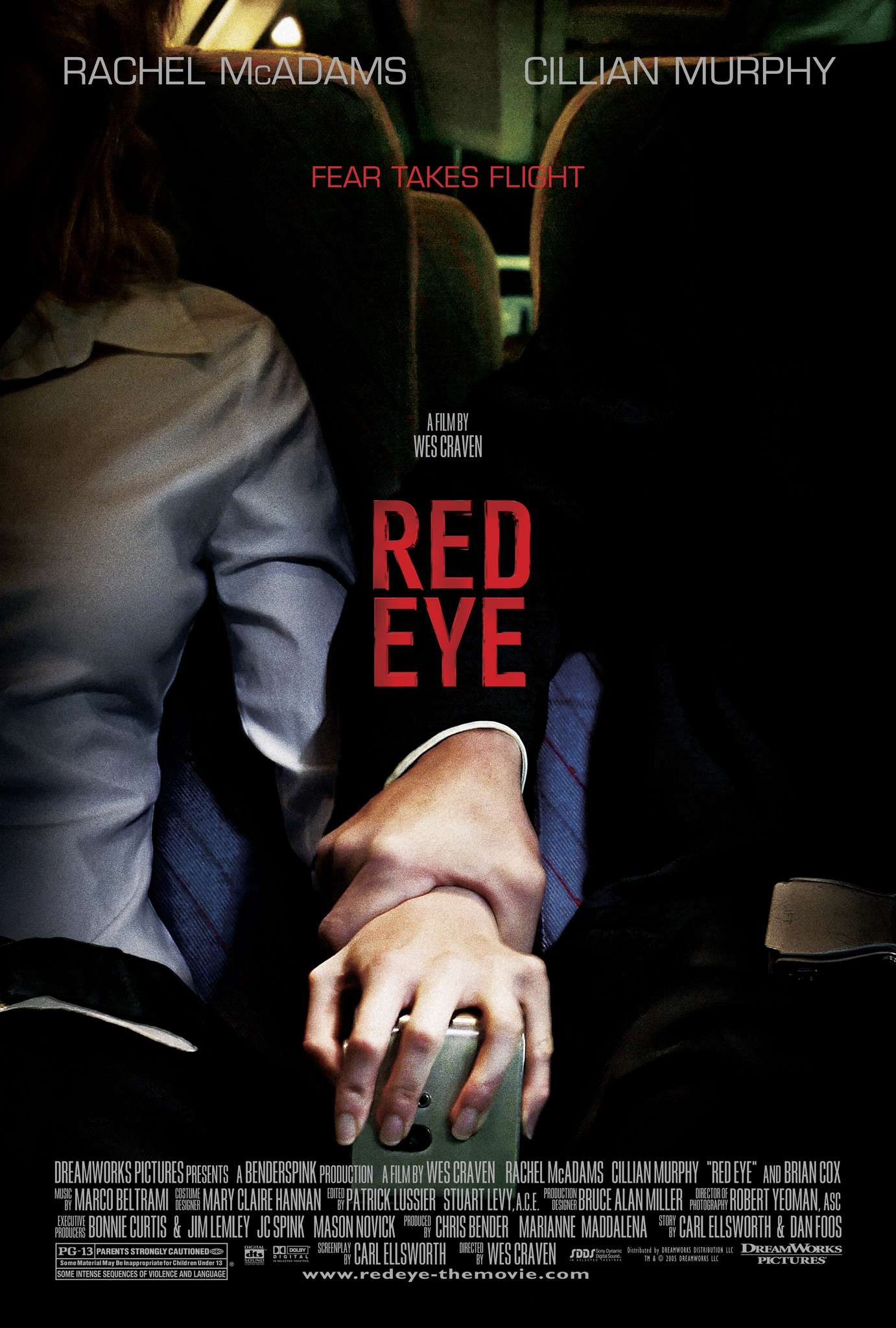 Hotel manager Lisa Reisert (Rachel McAdams) is trapped in a red-eye flight with Jackson Rippner (Cillian Murphy) a man who works for a terroristic organization that wants to kill a Homeland Security official who’s staying at Lisa’s hotel. Her father will be killed if she doesn’t help him with his mission.

Rachel McAdams is perfect in the role of heroine Lisa Reisert, a young woman who’s not afraid to fight in order to save both her father and official Keefe. At the same time Jackson Rippner is determined to get his job done.

He threatens her, head-butts her unconscious and beats her in the plane bathroom slamming her head against the walls and that’s not all. This movie’s last scene involves a fast paced chase followed by a final confrontation where Lisa gets choked, hit and pushed down a staircase.

Luckily Lisa is not a helpless victim and she definitely doesn’t act like one, she defends herself by attacking Jackson various times, she even stabs him in his throat with a pen.

Wes Craven has made Red Eye a good thriller movie with a simple but effective plot that gives the audience a really strong female main character to root for. However, this one is another #StaunchTestFail.

(Apparently during the bathroom scene Rachel McAdams hit her head so hard that she was unconscious for half an hour. Cillian Murphy had some very difficult time filming the following scenes that involved violence because he was scared he could hurt her again. For the next takes he decided to put his hand behind her head so she wouldn’t hit the wall again.)