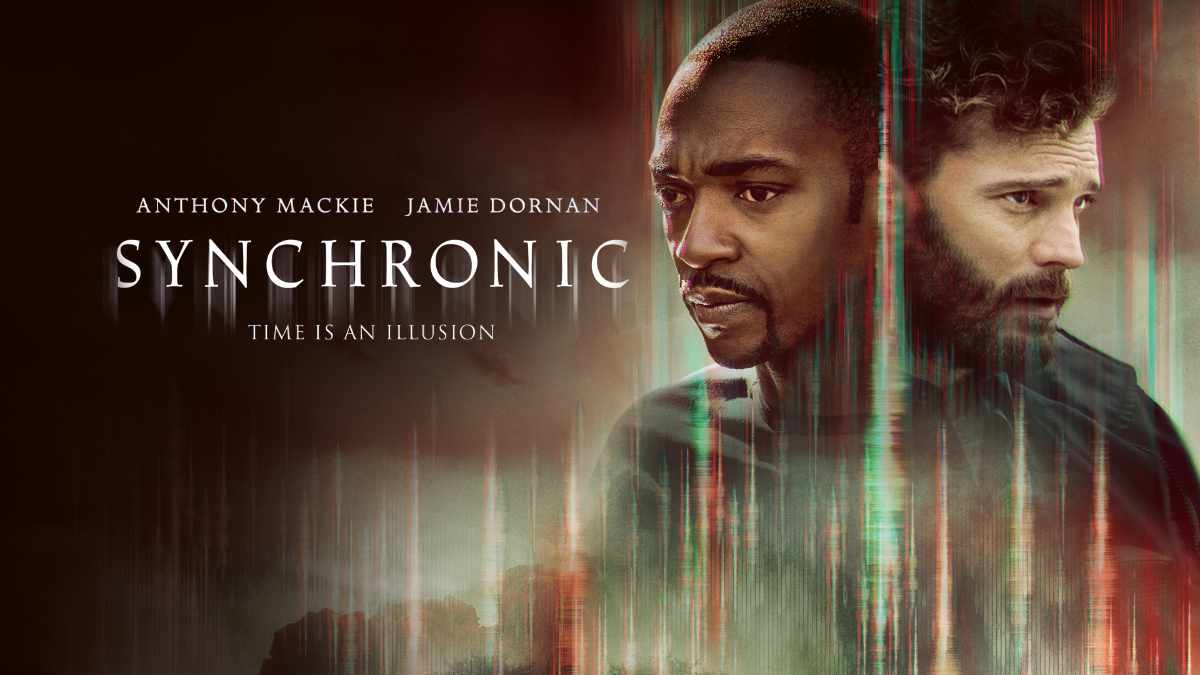 Steve (Anthony Mackie) and Dennis (Jamie Dornan) are paramedics in New Orleans. They start investigating a series of mysterious deaths that seem to be linked to a designer drug called Synchronic. Their lives change when they discover that Dennis’ teenage daughter Brianna (Ally Ioannides) went missing the same night she took the new drug.

Synchronic is a sci-fi thriller movie about a drug that makes its consumers literally travel through time. The drug alters the pineal gland’s perception of time. When adults take it they can only move through time as ghosts but when children and teenagers take it they can interact with their surroundings because their pineal gland is not fully developed. They can take objects with them and can also die if someone tries to kill them.

In the first part of the movie, Steve conveniently discovers he has a brain cancer that prevented his pineal gland to fully develop. He then starts experimenting with the drug so he can try and find Brianna who is lost somewhere in the past.

Both men and women are found dead because of this new drug. A woman is seen burning alive for a couple of seconds but it’s not even the most violent death shown in the movie and, besides, it was a death caused by the drug only. A part from that male consumers of synchronic are the ones who die most violently throughout the movie.

When Brianna is found by Steve she is not hurt, she’s just scared. He sacrifices himself and saves her.

Directors Justin Benson and Aaron Moorhead have an interesting concept to play with, but unfortunately it doesn’t reach its potential, some elements of the plot seem a bit too convenient. It is however a #StaunchTestPass.