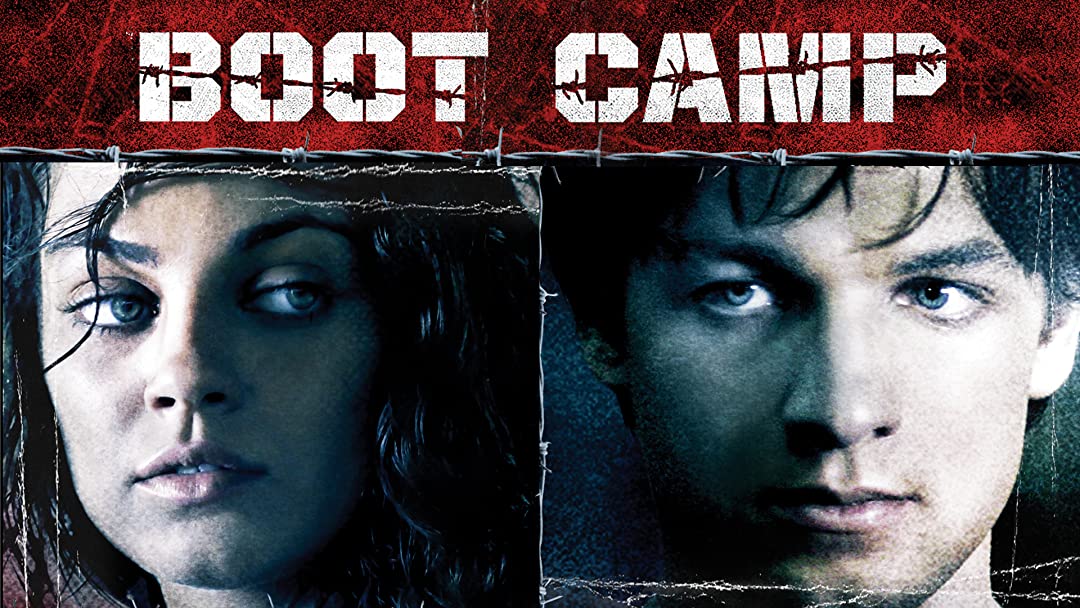 By adminSeptember 29, 2021No Comments

Chrisian Duguay directs Sophie (Mila Kunis) as a troubled teenager who is sent to a rehabilitation camp where kids are abused and brainwashed. Her boyfriend Ben (Gregory Smith) finds a way to get to the camp – but getting out of there is harder than he expected.

Boot Camp is supposedly based on true events which might seem unbelievable but apparently there are several of these programs that are still operating in the United States. It’s good to educate people, especially parents, about these camps but the only thing this movie does is show physical and psychological torture of teenagers.

The kids in Boot Camp are subject to multiple abuses such as getting chained to blocks of cement by the beach so they can get hit by the tide, they are forced to wear cuffs with sensors that track them, they get beaten and verbally abused by their peers, they hardly eat and that’s not all!

A very long, detailed and hard to watch scene also shows the audience that girls are sexually abused by the camp’s guards. That scene is unnecessary long and please remember that these are underage kids.

Those teenagers are not the only ones who get abused, Dr. Hail (Peter Stormare), who is the owner of camp, hits his sister at some point because she was talking about things that were bothering him.

Boot Camp should have been made as a way to educate not as a pretext to show underage rape and adults torturing teenagers.