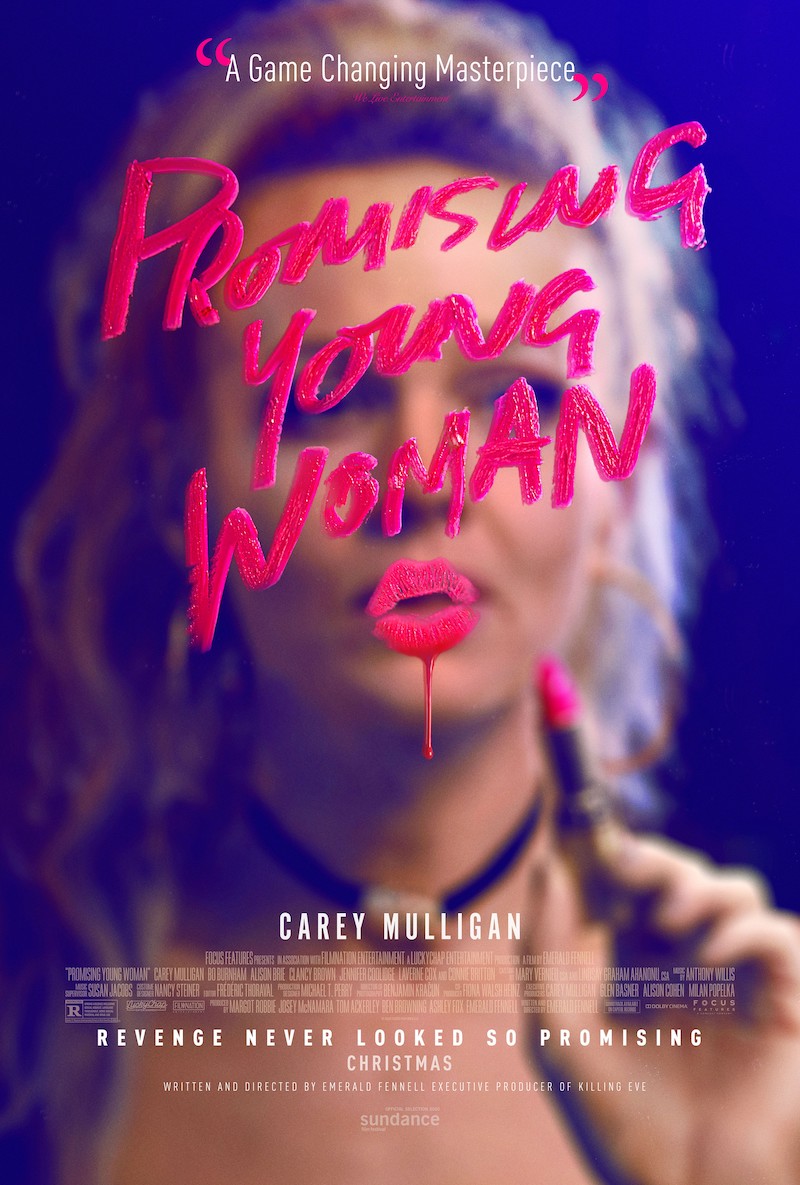 Does Promising Young Woman deliver all it promises?

Promising Young Woman is up for Staunch Test Debate rating, because while it does include violence against women, it strives to address the issue more sensitively than films and TV shows which only include violence for gratuitous or entertainment purposes. This is a rape revenge film, so the violence is inevitable. However, it never explicitly depicts Nina’s rape and instead allows the audience to piece together what has happened through the dialogue and relationships between the characters.

Cassie’s early sexual encounters in the film, while  violent to the audience, are always stopped before they reach that point because she is only pretending to be the victim of the situation. Once it becomes clear that she is very much in control, the tone changes from positioning her as the victim to acknowledging her as the heroine. The only depiction of real violence against Cassie is at the end, when she is murdered.

This ending has received a very mixed critical and public reception. On one hand, it undermines the whole premise of the film because Cassie has ultimately become a victim of her own game, while others agree that it was necessary to show how this violence does not end with one person’s vengeful actions. Furthermore, while the scene is relatively graphic and disturbing for some viewers, this is arguably its intention. Since Cassie cannot win – her best friend is dead, and her boyfriend has just turned out to have played a part in why – she becomes hopeless and then essentially self-destructive in her quest for revenge.

The violence enacted against Cassie, both throughout the film and especially towards the end, is not inevitable. The fact that it is included reflects the kind of behavior which has tainted Cassie’s entire life. She herself suspected that she might be murdered. Whether or not she was tempting fate or simply preparing for all possible outcomes is for the viewer to decide. Either way, the fact that she ultimately ends up dead removes the possibility of this film being seen as a truly empowering narrative. Promising Young Woman is a film which wants to critique rape culture by showing that these situations rarely result in a happy outcome. The fact that so many people were outraged by the ending shows that this is a reality in both fiction and the real world.

Other rape revenge films, such as M.F.A., show much more graphic depictions of violence – first against women and then later in retaliation against the men that have committed these acts of violence. In many ways, these films are effective because they are ultimately shocking to the audience, but the question remains whether showing this violence could be considered gratuitous because it is not entirely necessary to. In films of this nature, the audience is already aware of the violence that has occurred because it underlies the entire premise. Including graphic depictions of violence only leads us to ask the question – is its inclusion necessary or only there for the shock value?

In Promising Young Woman, the violence that occurs at the end of the film isn’t predetermined – it’s a culmination of all the events leading up to it, rather than a reflection of the kind of scenes that films of this nature feel they need to include. This is what makes this film so effective to some but controversial to others; throughout the watching experience, viewers are never quite sure exactly what has happened or will happen, but by the end of the film they understand that violence against women – in whatever form it may take, is both unavoidable and simultaneously deeply disturbing. In M.F.A. the protagonist is arrested, in Promising Young Woman she is brutally murdered. Ultimately what these stories seem to be telling us is that women cannot win.

The question that remains is whether writers and filmmakers will continue to come up with new narratives about sexual violence which do not involve showing gratuitous violence against women but instead find ways of changing the narrative around how such violence is addressed and perceived.