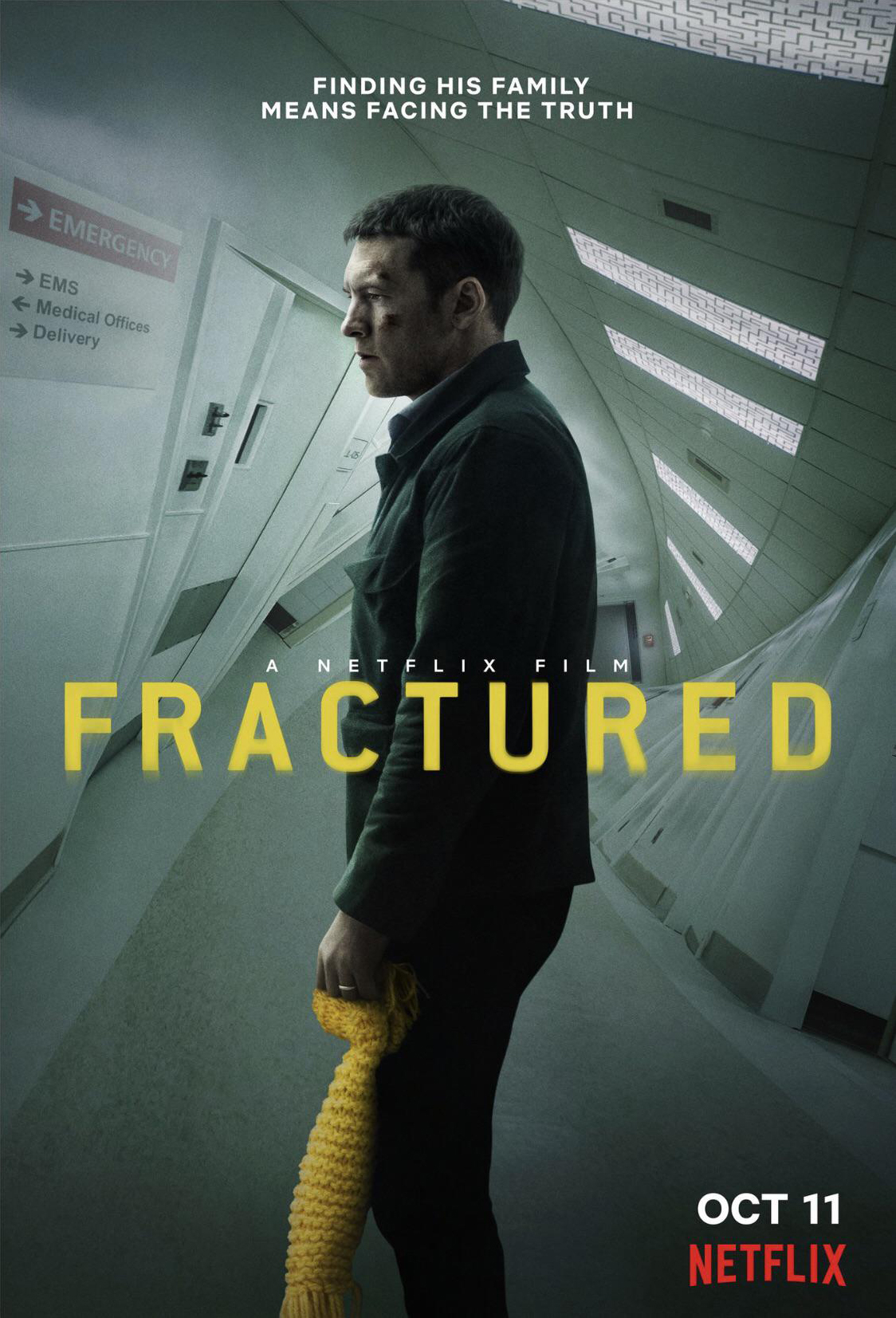 Ray (Sam Worthington), Joanne (Lily Rabe) and their daughter Peri (Lucy Capri) stop at a gas station during a long  trip across the country. Peri falls and breaks her arm. They hurry to a hospital where there’s something strange going on. Both Joanne and Lily go missing, and no one in the building seem to have seen them.

Fractured is a psychological thriller released by Netflix in 2019 as part of its “Netflix and Chills” Halloween releases. Brad Anderson’s movie is a surprisingly good mystery thriller and it is far superior than those newer Netflix releases of the same genre. The pot is simple and the premise is not extremely original but it does its job. The final twist is relatively unexpected and gives the movie a much darker tone.

At the end of the movie Ray is not as guiltless as he seemed to be. Even though it’s easy to root for him throughout the story he is not the hero, he is actually the villain. Peri didn’t break her arm at the beginning of the movie, she died from her fall and when Joanne sees her she blames her husband for what happened. Ray pushes her while being in a trance like state. Joanne’s head lands on a spike. Ray hides both bodies in the trunk of his car and then forgets everything he did.