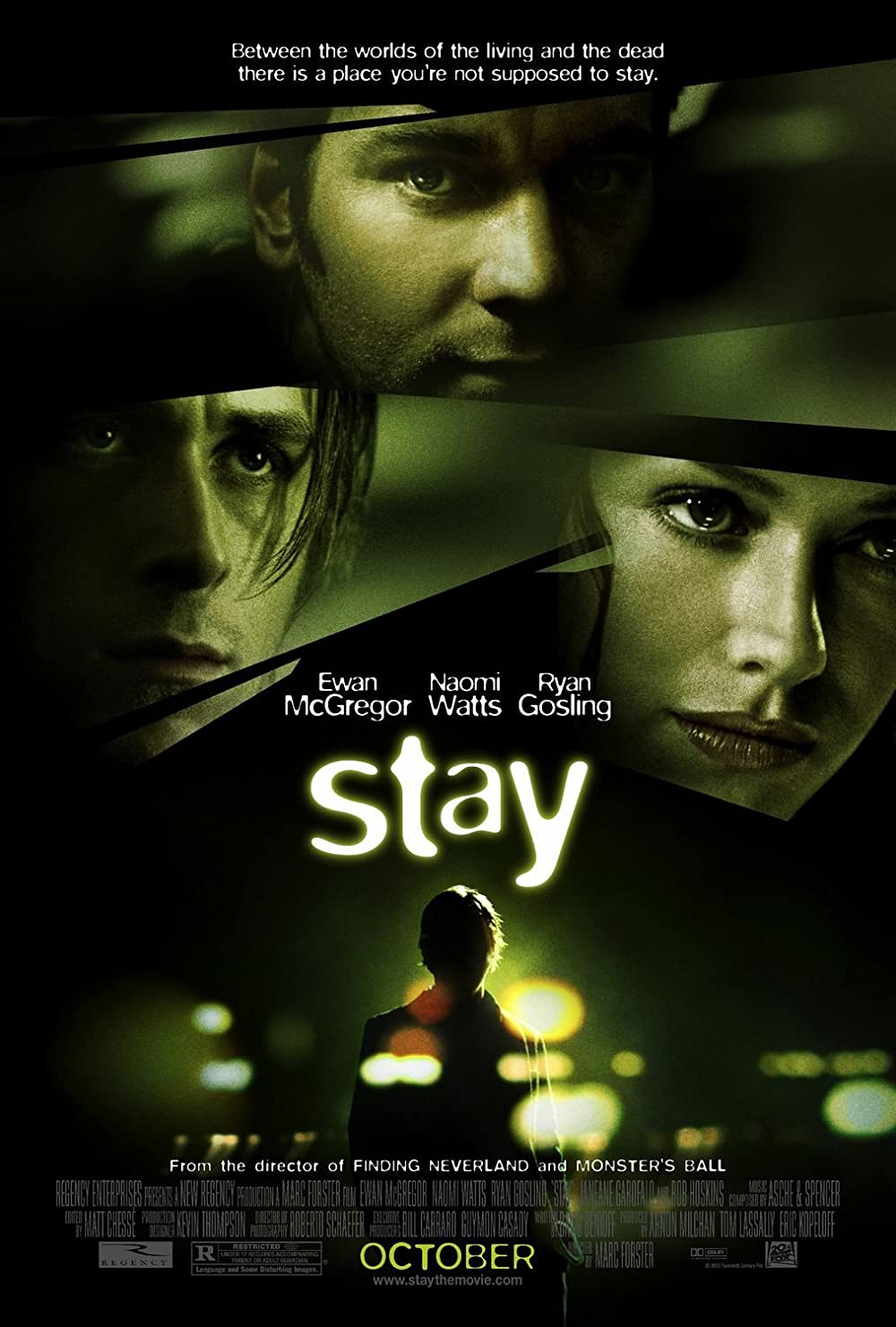 New York psychiatrist Sam Foster (Ewan McGregor) assumes the case of Henry Letham (Ryan Gosling) a young painter and car accident survivor who announces he will be committing suicide the day of his 21st birthday just like his idol. In order to prevent his patient’s suicide, Sam starts investigating on Henry’s life but something goes wrong and he starts questioning his sanity.

Director Mark Forster styles Stay as a Lynchian psychological thriller that successfully keeps the viewer in suspense without using graphic scenes or loud music. The movie is a surrealistic take on a mental condition known as ‘survivor’s guilt’ and, because of its surrealistic nature, the plot might seem confusing but everything is explained in the end.

There are a couple of scenes involving female characters getting hurt and bleeding but it’s no one’s fault. Sam’s girlfriend Lila (Naomi Watts) has scars on her wrists because she tried to commit suicide years earlier but the movie never shows the viewer a flashback of that event. At some point Henry’s mother suddenly bleeds from her head but no wound is shown and she’s not really hurt in that scene. In the end, when the car accident is finally shown, we see both Henry’s girlfriend and his mother dead in the car, we also see his father but the women were definitely more disfigured by the incident than the man.

Women are hurt in this movie and the viewer can se their scars and can see them bleeding but no one in particular hurts them, I would say this one is a #StaunchTestPass