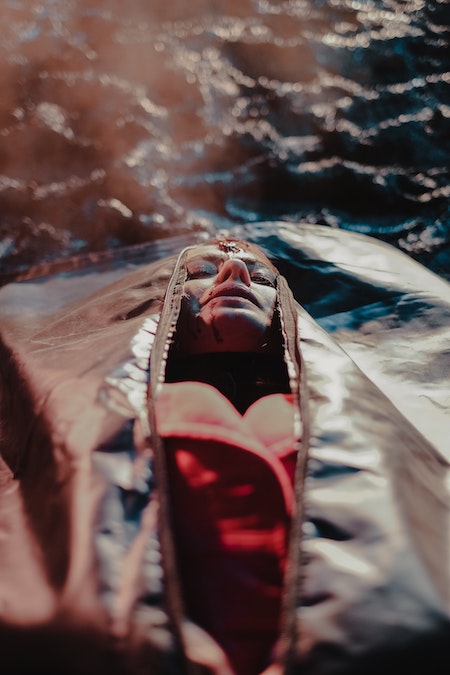 How Will Violence Against Women in Film and Television Stand up to the Staunch Test? 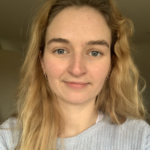 The Staunch Test rates whether a film, TV single drama, series or episode features a woman being ‘beaten, stalked, sexually exploited, raped or murdered’. It arose from the Staunch Book Prize, founded by Bridget Lawless in 2018, which this year is running its short story and flash fiction prizes. Both the literary award and the rating system are integral to highlighting the way that violence against women is served up as entertainment in literature or on screen.

The Staunch Test is inspired in part by the Bechdel Test (also known as the Bechdel-Wallace Test), which asks whether two named women in a film talk to each other about something other than a man. Named after the American cartoonist Alison Bechdel, and arising from her 1985 comic strip Dykes to Watch Out For, she has credited the concept to her friend Liz Wallace and the writings of Virginia Woolf. Reportedly, only around half of all films meet this criteria, despite the fact that media industry studies have indicated that films which pass this test perform better financially. In the same way that films failing the Bechdel Test might alienate viewers due to the lack of female character development, films and TV shows which fail the Staunch Test are less likely to effectively capture audiences that do not consider violence against women particularly captivating. Although the motivations behind and aims of these tests differ, both come back to the same premise: the misrepresentation of women on screen and how this perpetuates gender inequalities existing in our societies.

The reason that Staunch is so important as a commentary on literary and screen culture is because representations of violence against women can blur the lines between fiction and reality. The fact that gendered violence in particular is so often used as a component to further plot, shock the audience, or even just to draw in viewers, advocates that we as a society have become effectively desensitised to fictional representations of an issue which is still so prevalent in the real world. In addition, these representations rarely reflect reality; most women who are raped know the perpetrator prior to the offence, only 1.7% of rapes in England and Wales are prosecuted, and, in real life, serial killers are extremely rare. While violence against women is so prevalent in the world, misrepresenting it so inaccurately is a dangerous way of undermining the seriousness of real offences. The Staunch Test determines whether something is genuinely gripping and original, or simply following the expected trajectory of what a film or TV show should look like.

There are lots of examples of popular TV shows and films that do not pass the Staunch Test but are not questioned as entertainment for a mass audience. In an article for The Guardian titled ‘From Line of Duty to The Fall: why can’t TV shows stop killing women?’ Zoe Williams considers the obsession with depicting extreme violence against women in TV dramas. She writes: ‘it’s easy to get broad agreement that violence against women in real life is bad, but it’s harder to say for certain that the prevalence of that violence on screen feeds into it, and it is more or less impossible to maintain it as a social priority’. Line of Duty has just returned for its sixth season; yet its insistence on continuing to needlessly slaughter female victims brings into question the legitimacy of its popularity. There has been a scene from The Fall circulating on social media recently, in which Gillian Anderson’s Stella Gibson quotes Margaret Atwood: ‘men are afraid that women will laugh at them. Women are afraid that men will kill them’. The irony of situating this undeniably pertinent sentiment in a TV show with such a high female body count is not lost on the numerous audience members who are tired of seeing the same dehumanising tropes on their screens. The Staunch Test aims to call out those TV shows which prioritise the cultivation of a mass audience over addressing the pervasive reality of a problem as it exists in the real world.

Although these are not fictional, and therefore not currently to be measured by the Staunch Test, the recent development in the popularity of true crime documentaries inevitably contributes to the glorification of violence against women. Part of the problem with true crime is how it becomes fiction for people who are not invested in the real people in the story, but enjoy the salacious elements of what are actually tragic events. The 2019 Ted Bundy film Extremely Wicked, Shockingly Evil and Vile was viewed by many as simply a depiction of a fascinatingly toxic relationship with no real interest in the victims of his depravity. On the other hand, the 2020 documentary Ted Bundy: Falling for a Killer handled the content much more sensitively because it did not sensationalise his crimes, as well as the fact that it reframed them from a female perspective. Film and TV makers have been known to exploit this kind of violence in order to add to the quality of the production.

The Staunch Test rating categories are Pass, Fail or Debate. The Debate rating recognises that while some film and television shows wouldn’t pass the basic Staunch Test, they tackle violence against women in a thoughtful or critical way. For example, there is a significant difference between representations of violence against women that focus on the psychology of the perpetrator and those which honour the life of the victim. Fiction often tries to rationalise and even excuse violent behaviour based on someone’s negative past experiences, without giving the same attention to the victim’s back story. The literary and cinematic sensation Fifty Shades of Grey uses childhood abuse as an explanation for why someone might seek out violence in adulthood without considering the consequences of this narrative. On the other hand, the cinematic genre of rape revenge, characterised by films such as MFA and the recently BAFTA-awarded Promising Young Woman, inevitably centres violence against women, but focuses more sensitively on the aftermath rather than the crime itself. Unfortunately, the majority of representations of violence against women in fiction remains exploitative, making the Staunch Test necessary in demanding more original stories.

Despite the fact that it may not seem like it in our current cultural climate, there are lots of opportunities and demand for crime and thriller films and TV shows that do not include violence against women. As some productions demonstrate, there are other possibilities to make fiction interesting and gripping to an audience that might not have otherwise encountered these different kind of stories. The Staunch Test provides an opportunity for a mass reconsideration of what literary and screen culture could look like if these possibilities were explored.