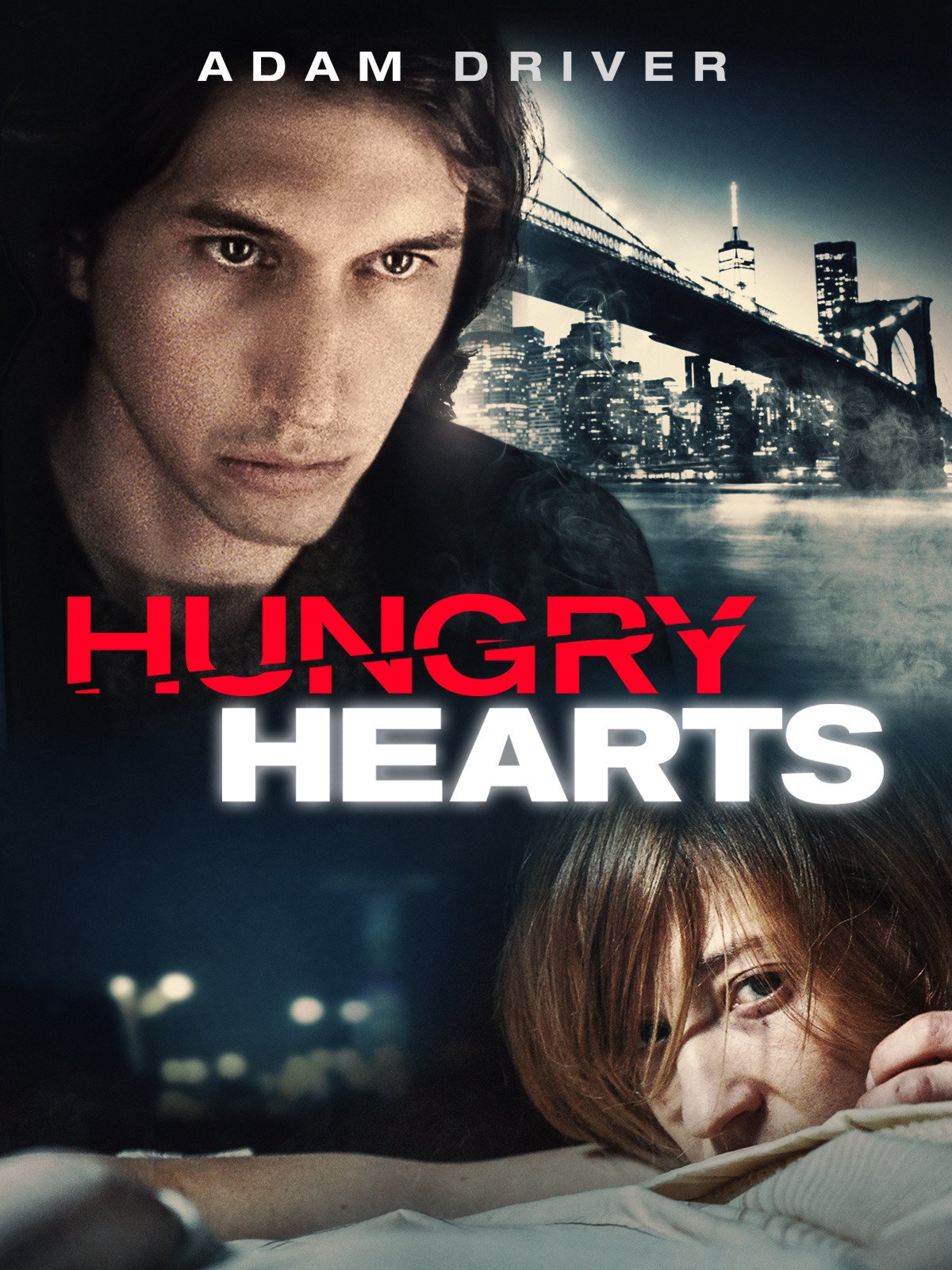 Hungry Hearts tells the story of Jude (Adam Driver) and Mina (Alba Rohrwacher), how their relationship started and how it brutally ended.

The beginning of the movie is significantly different from what the plot is really about. At first we are presented with what looks like an ordinary love story between two clumsy people in love. We are given the time to get invested in their relationship especially when Mina finds out she’s pregnant and they get married shortly after. However, her pregnancy doesn’t start in the best possible way. Mina told Jude that she would probably leave New York in a couple of months due to her job, he was clearly upset about that and it’s definitely not a coincidence that their following intercourse doesn’t end consensually.

It almost seems like Jude wanted to stop her by impregnating her.

After visiting a psychic Mina is convinced that her baby is going to be an Indigo child which is a New Age term to describe children with special abilities that will save the world. Her relationship with food becomes unhealthy, she stops trusting modern medicine and, even if she specifically asked to deliver the baby in the most natural way possible, the doctors have no choice and, due to her undernourishment, they have to perform a c-section without her consent.

Mina grows an obsession with purity and cleanliness, she doesn’t want her baby to go outside and barely feeds him. Jude is forced to feed him in secret and later finds out that his wife is giving the child an anti-nutrient oil to keep him pure. Their baby’s life is in danger. Out of despair and with the help of a lawyer, Jude gives his child to his mother but that doesn’t last long. The movie ends with Jude’s mother shooting and killing Mina. Jude is shocked but she tells him that that was the only way to save the baby and that she is willing to accept the punishment she will receive as a result.

Even if Mina’s behaviour towards her baby is inconceivable her clear psychosis is understandable at times especially because she is never shown as a victim of circumstances but just as the villain of the story. She mentions several times throughout the movie that she has no family. She didn’t want to get pregnant and, after her baby’s birth, she doesn’t want anyone to tell her how to raise him. She feels attacked every time Jude has something to say about her methods and she doesn’t trust anyone with her child, not even his father.

On the other hand Jude is torn between his love for Mina and his paternal concern for the baby. He does everything he can to reason with her, he just wants her and their child to be happy and healthy. He slaps her when he finds out about the anti-nutrient oil and pushes her when she tries to take baby away from his grandmother’s house. Jude’s behaviour is that of a good father, everything he does is just to protect his son but if all he wanted was to have a normal and happy family maybe he should’ve asked Mina if she wanted to start one.

Hungry Hearts is a #StaunchTestFail