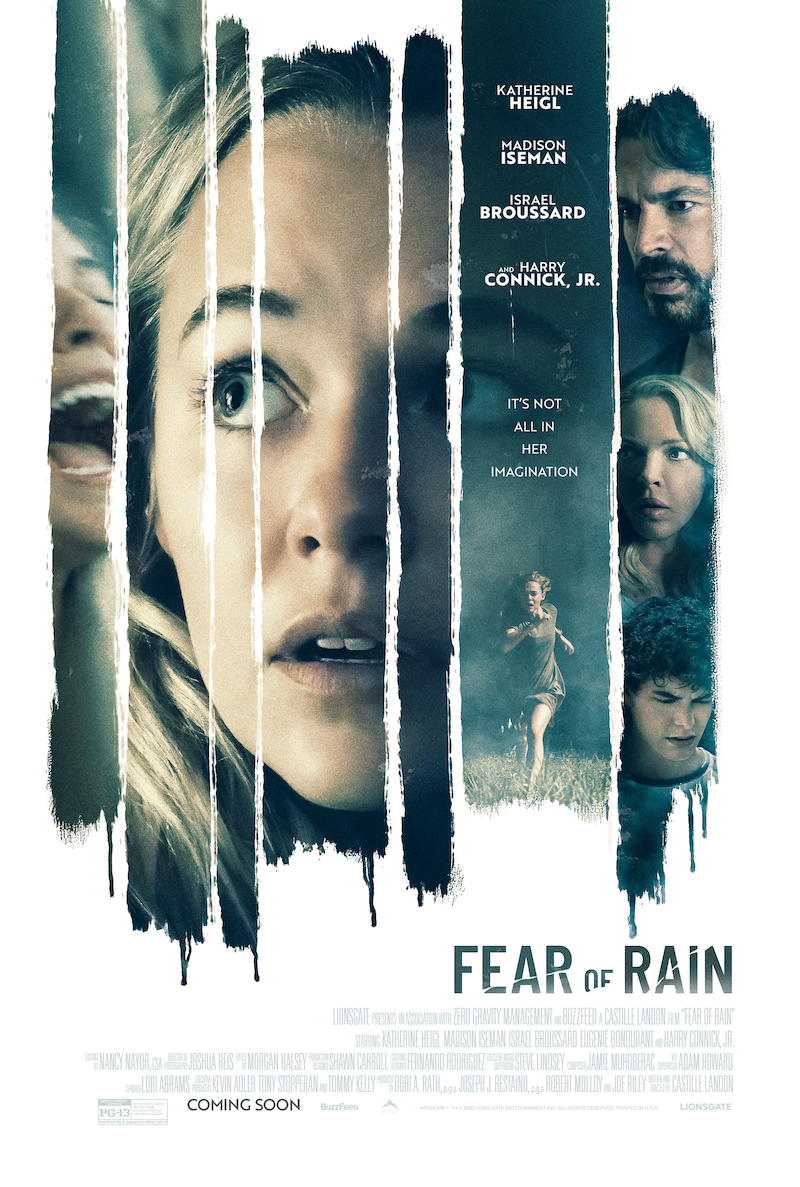 17-year-old Rain Burroughs (Madison Iseman) suffers from schizophrenia and struggles with hallucinations. She suspects that her teacher and neighbour Ms McConnell (Eugenie Bondurant) has imprisoned a little girl in her house after seeing her dancing with a small child through her window. No one believes her because not all that she sees is real.

Castille Landon’s Fear of Rain is one of the many homages to Hitchkcock’s Rear Window. What differentiates it from the others is its addition of the main character’s mental condition that makes the plot more original than the other reinterpretations. Having said that, unfortunately, this movie never truly shines. It spends too much time showing Rain at school having problems with her schoolmates, making it seem more like a teen movie than the psychological thriller/giallo that it aims to be.

Throughout the movie, Rain is mistreated by most of her schoolmates who blatantly make fun of her because of her condition. Kids can be mean, especially at school, but it’s a bit unrealistic that her former best friend would treat her like that too. Her father slaps her at some point after forcing her to take her pills. Even if his behaviour might seem extreme it is important to note that he’s just trying to protect her. Rain’s accusations towards Ms McConnell might lead her to being taken away and locked up in an hospital.

As usually happens in this kind of movie, the protagonist is always right about the suspect and, with no surprise, it is revealed that Ms McConnell is guilty of having kidnapped a little girl. We never see her mistreating or abusing the child, however,  kidnapping and imprisoning the girl should be enough to make this movie a #StaunchTestFail.