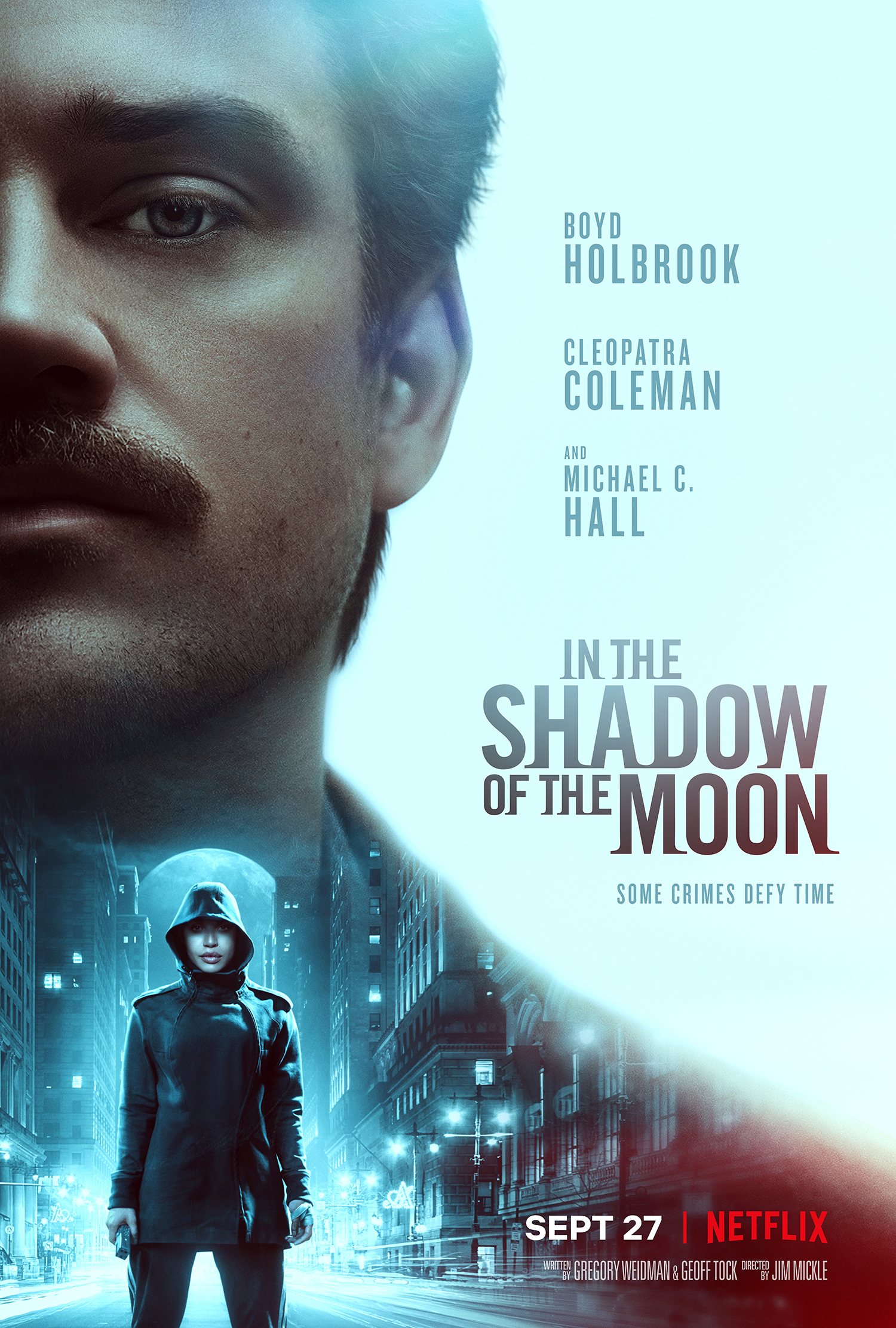 In 1988 police officer Thomas Lockhart (Boyd Holbrook) investigates a series of simultaneous murders that can’t be explained scientifically. He finds the suspect (Cleopatra Coleman) but before he can arrest her she falls on the subway tracks and is killed by a train. Nine years later the suspect shows up again and shows no sign of ageing.

The Shadow Of The Moon is a slow-paced sci-fi thriller movie with an intriguing concept but an unsatisfying conclusion. Police officer, and later detective, Thomas Lockhart basically wastes his life, loosing his daughter’s custody and his job, in order to solve a case and all for nothing. If Rya, the murder suspect, would have told him the truth all along everything could’ve been avoided and probably Thomas wouldn’t have ended up living in his car estranged from everyone.

Unfortunately, even with its really good premise, director Jim Mickle’s movie fails to be innovative in its genre and falls in the average sci-fi Netflix movie category.

The murder victims are both men and women indiscriminately and they are all killed in the same way with a futuristic weapon that causes them to die of internal bleeding. The Staunch Test count sees Thomas’s wife die while giving birth and Rya dying after being struck by a train. During Rya’s first chasing scene the policemen try to stop her by trying to hit her but she blocks all of their attacks and quickly runs away. Thomas succeeds in hurting her when they meet again in the future but he does that because he wants to stop a murderer not just because he wants to hurt a woman. Rya is never helpless, she’s trained and agile and gives everyone trying to catch her a very hard time.

Even though various female characters die throughout the movie it’s never because of their sex so I would say this one is a #StaunchTestDebate.