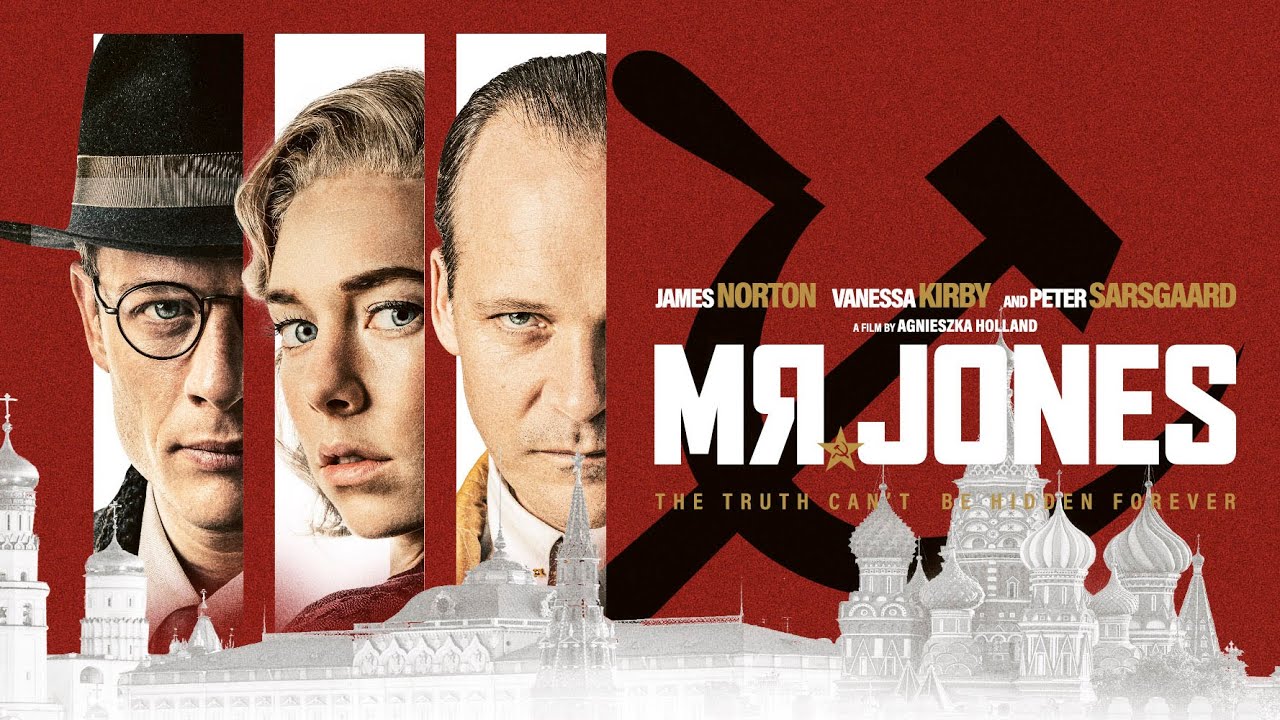 James Norton puts in a powerful and nuanced performance as Gareth Jones, a journalist from Barry in Wales, in this thriller based on a true story. It’s 1933 and Jones, having been foreign advisor to PM Lloyd George, is desperate to find out how the Russians are funding their mighty economic expansion with no visible means. Having already interviewed Hilter, Stalin seems a good next hit and soon  Jones is on his way to Moscow, bearing a slightly adulterated letter of introduction from  Lloyd George.

His original contact having died in suspicious circumstances, Jones meets corrupt journalist Walter Doherty (Peter Sarsgaard), who presides over the foreign press world and a decadent and debauched partying crowd. Doherty’s star journalist Ada Brooks, (Vanessa Kirby) quickly befriends Jones and an intimate friendship is born from shared values that she conceals from her colleagues and the man who continually follows her, her ‘Big Brother.’

As an aside, we’re treated to novelist George Orwell (Joseph Mawle) writing his genre-breaking Animal Farm, and the influences are clear to see, if not strictly accurate, although the two men did share a literary agent.

On an accompanied tour, Jones gives his guide the slip and enters the Ukraine, where rumours about a massive famine prove graphically true. Corpses litter the snowy ground,  and an encounter with a group of small children singing a chilling song about Stalin, poverty and hunger bleeds eerily into the soundtrack. Jones’ discovery of a nation deliberately starved is the truth Jones will finally manage to tell the world.

Stunning photography and impeccable direction by Agnieszka Holland from Andrea Chalupa’s fine script make this a stand-out piece of work. Criticised by some for inaccuracies and poetic licence, Mr Jones is nonetheless an impactful film that vividly brings a lesser-known piece of history to life.

Despite the thousands of women among the victims of a brutal regime and man-made famine, Mr Jones is a #StaunchTestPass.