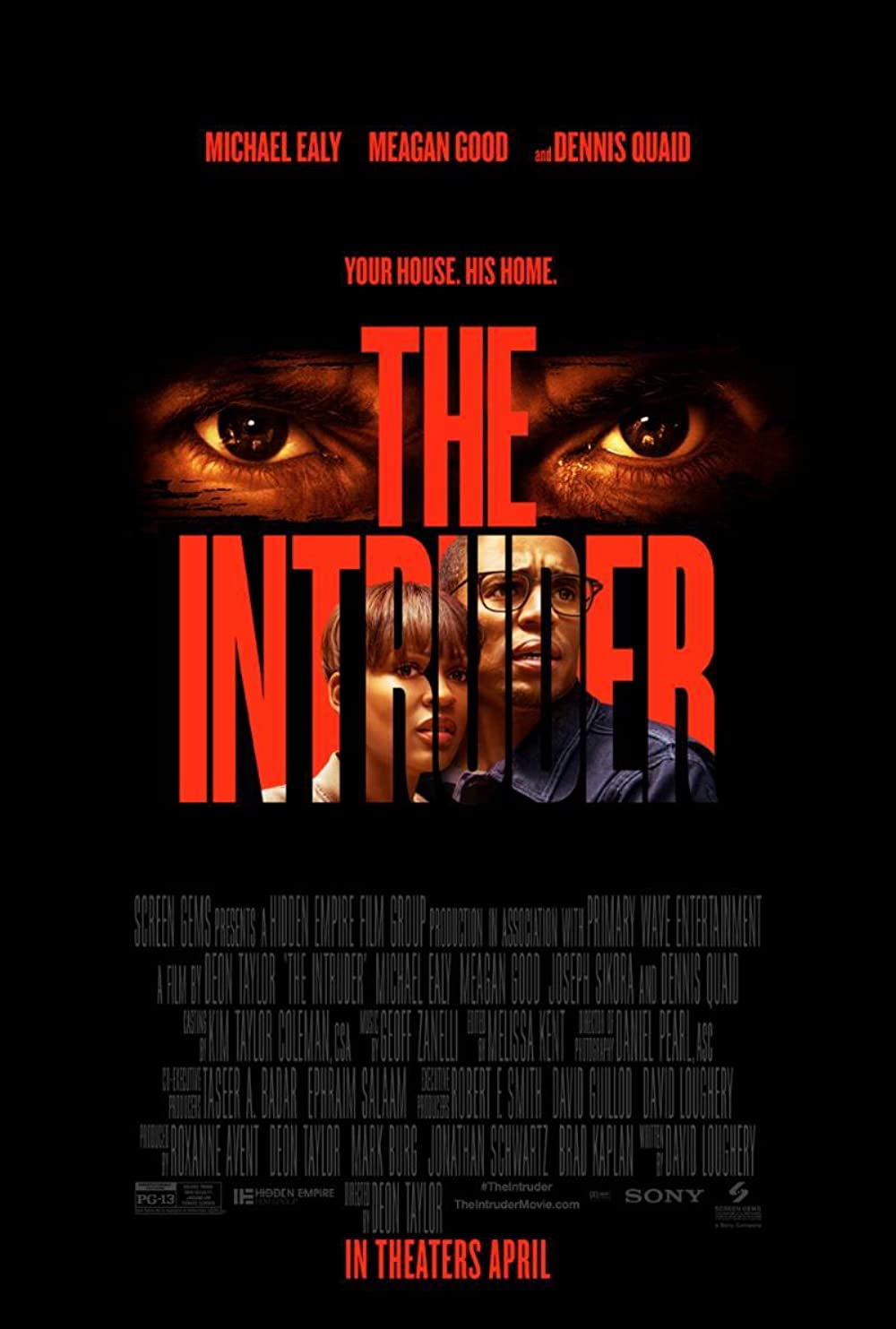 Scott (Michael Ealy) and Annie (Meagan Good) are a happily married couple looking for a house in Napa Valley. Scott has just been promoted and they want a big house where they can start a family. When they finally buy the house of their dreams they soon find out that its previous owner, for one reason or another, is always keeping an eye on the property. It’a almost as if he never actually left the house.

The Intruder is a bland thriller with a very predictable final climax. It tries really hard to build up tension by showing Charlie, the previous owner, played by Dennis Quaid, both as caring and nice and also as a creepy man fond of guns. However, the truth is, that it’s pretty clear from the beginning of the movie that he is going to be the psycho that will ruin the couple’s life, taking away any chance of building up suspense.

What makes Deon Taylor’s The Intruder a poor thriller movie is not just its predictable finale and its spoiled villain but it’s also its very unoriginal premise. It almost seems like this movie is a bad remake of something else but it’s not. It is so full of cliches and foreseeable scenes that it genuinely looks like a movie that you’ve already watched.

The three main characters are as derivative as the plot, especially Annie, our female protagonist. She is extremely naive and lacks intuitiveness. She never assumes that Charlie might be a bad person, not even when her husband Scott confronts her with evidence. She starts suspecting something when she finds out that Charlie is actually still living in the house and that he killed one of their friends. That moment is followed by a classic chasing/fighting scene inside the house. Annie is grabbed, pushed against a wall, choked and gagged, Charlie also tries to kiss her at some point. It is also revealed that Charlie killed his wife years prior, he shot her in the head making it seems like a suicide.

The Intruder is a predictable thriller B-movie that doesn’t add anything new to the genre. The female protagonist is bland and naive and her only purpose is to get beaten up in the end. This one is definitely a #StaunchTestFail.