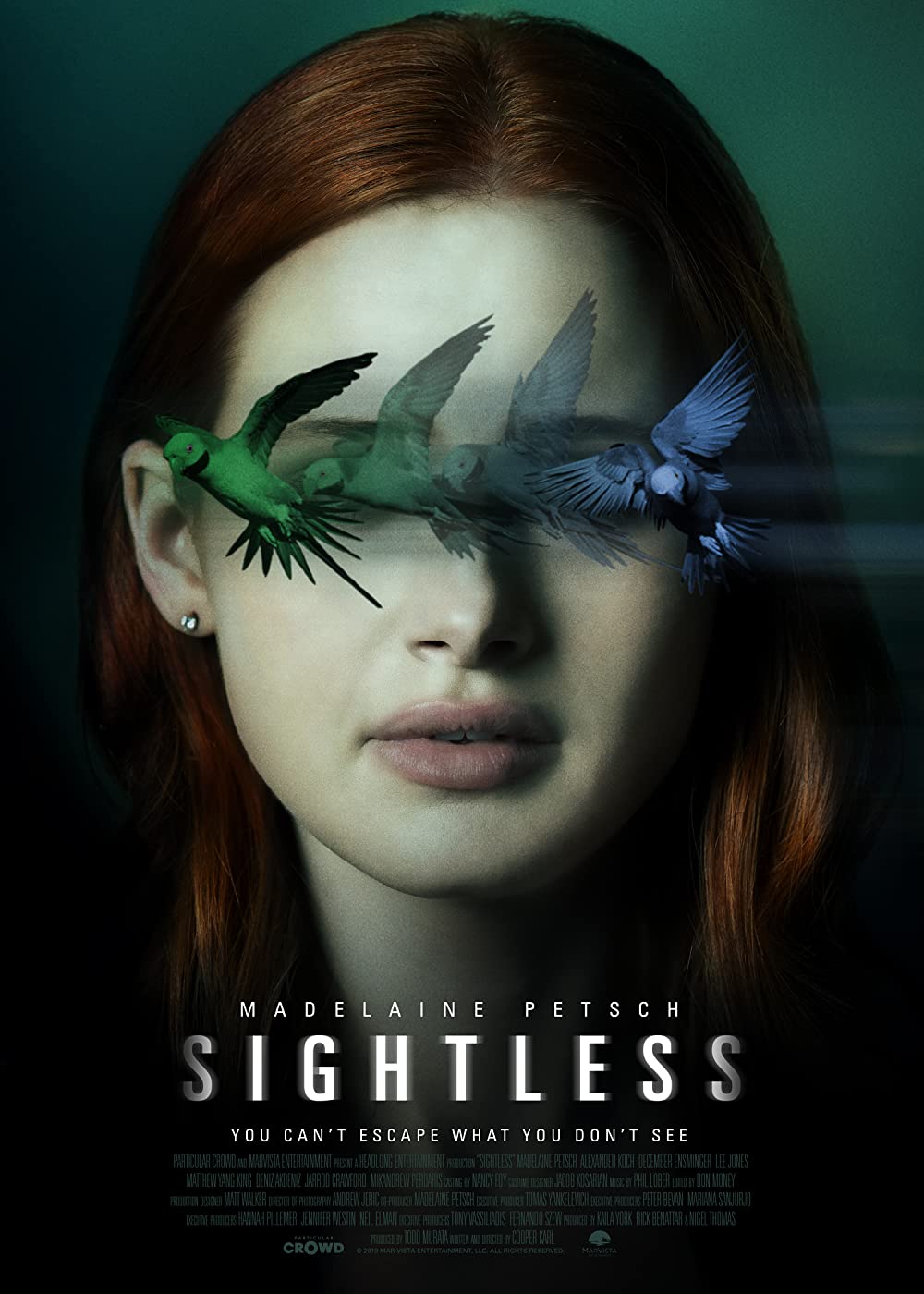 Ellen (Madelaine Petsch) wakes up in a hospital room, her optical nerve has been damaged after an attack by un unknown assailant. She’s blind now and her perception of reality has drastically changed. When she thinks her assailant has returned no one believes her, should she trust the people around her?

Sightless gives us a relatively original take on how the world is perceived by a newly blind person. Throughout the movie we are shown the world Ellen thinks she’s in. What the audience sees in the movie changes every time she learns new information about her surroundings. When she is gifted a bird, for example, it is green at first but then she is told it’s blue and it suddenly turns blue.

Unfortunately this movie has numerous plot holes and it feels bland sometimes. The plot brings up so many questions that not even the big twist in the end is able to answer.

She hears the married couple living next to her fight loudly.

She hears the woman scream, she was hit by her husband.

Ellen is not where she think she is, she is held captive.

There’s also a big fight at the end.

Without giving away too many spoilers I think it’s clear that this one is another #StaunchTestFail.