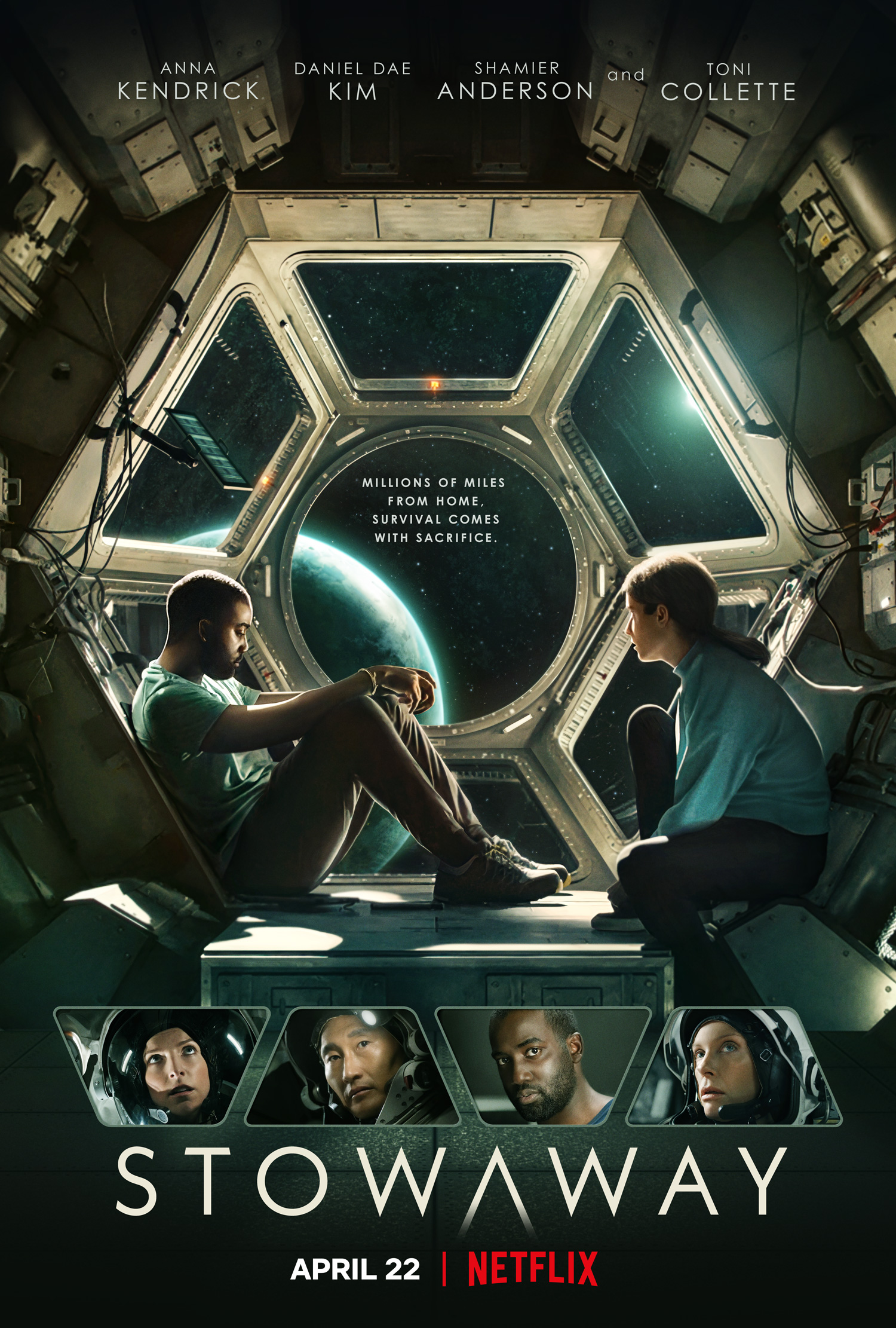 The crew of a spaceship heading to Mars discovers an accidental stowaway on board. They can’t go back to Earth and oxygen resources are dwindling.

Stowaway is largely inspired by Tom Godwin’s 1954 short story ‘The Cold Equations’ which has been adapted into short movies, tv movies and also series episodes. However, as opposed to its original source and its various adaptations, the stowaway is not a reckless eighteen year-old girl, this time the extra passenger is Michael Adams (Shamier Anderson) a grown up engineer who happened to be in the wrong place at the wrong time.

The original short story ends with the teenage girl getting ejected into space but in this version the one who sacrifices herself is Dr Zoe Levenson (Anna Kendrick), one of the crew members, and not Michael, the stowaway.

Both plots involve a woman dying but it’s good that a kid is not involved anymore. Dr Levenson is never forced to sacrifice herself and that’s very remarkable and brave of her, she chooses to die in order to save the others.

Why does it always has to be a young woman though? #Bekind?

Could this one be a #StaunchTestDebate?