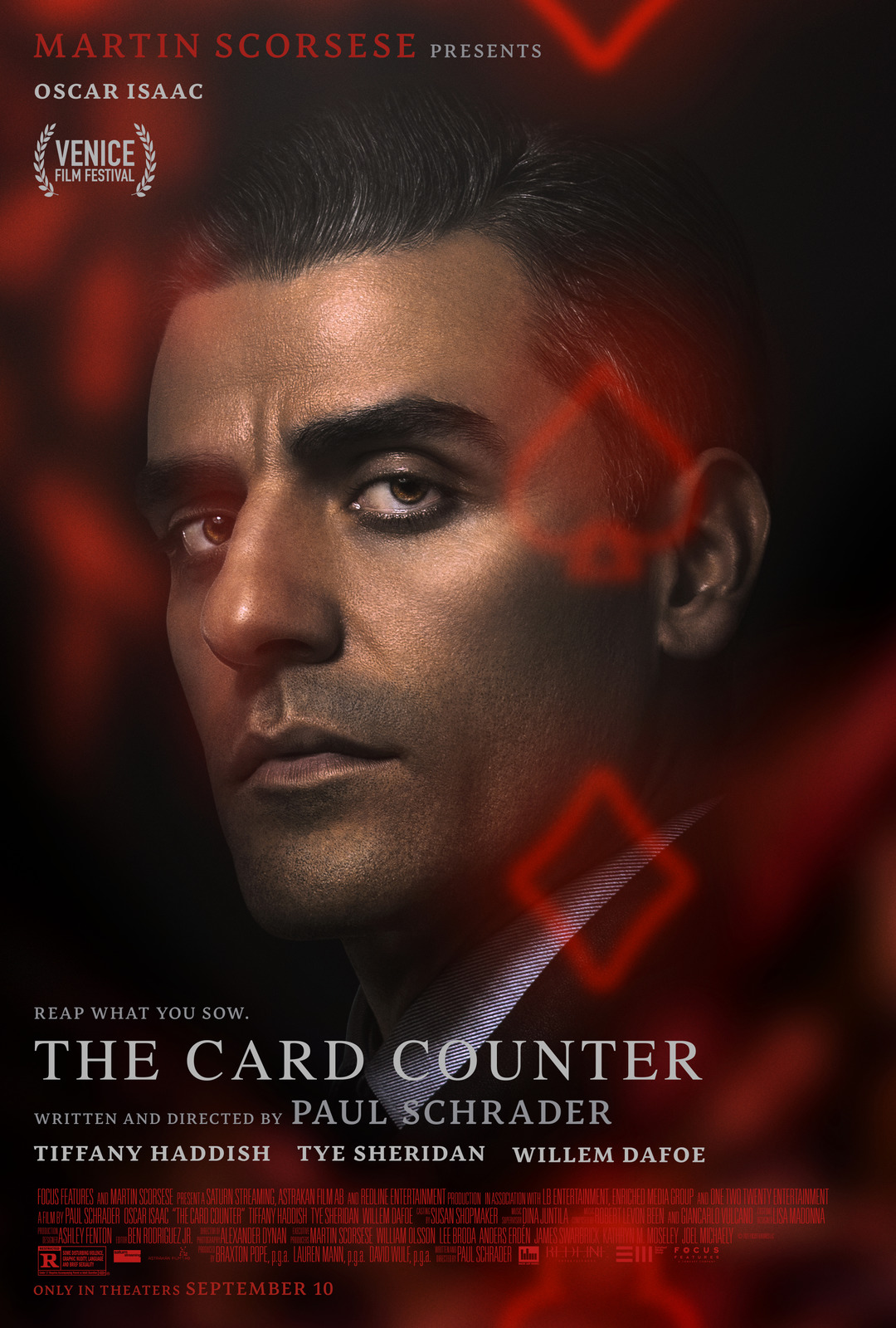 By adminOctober 7, 2021No Comments

Ex-military interrogator and mystery gambler William Tell is haunted by his past life. He attempts redemption with an ex-colleague’s son, who is hell bent on revenge.

An excellent film that keeps you questioning the motives of the protagonist . An interesting take, as he starts to understand his past misdemeanours (for which he has served time), how he rationalises his past actions, and why he lives the way he does now. The Card Counter is a #Staunch Test Debate as the film shows female soldiers forced to sexually humiliate male Afghani prisoners (something we’ve not seen before), under orders and against their own wishes, which they find traumatic and dehumanising.