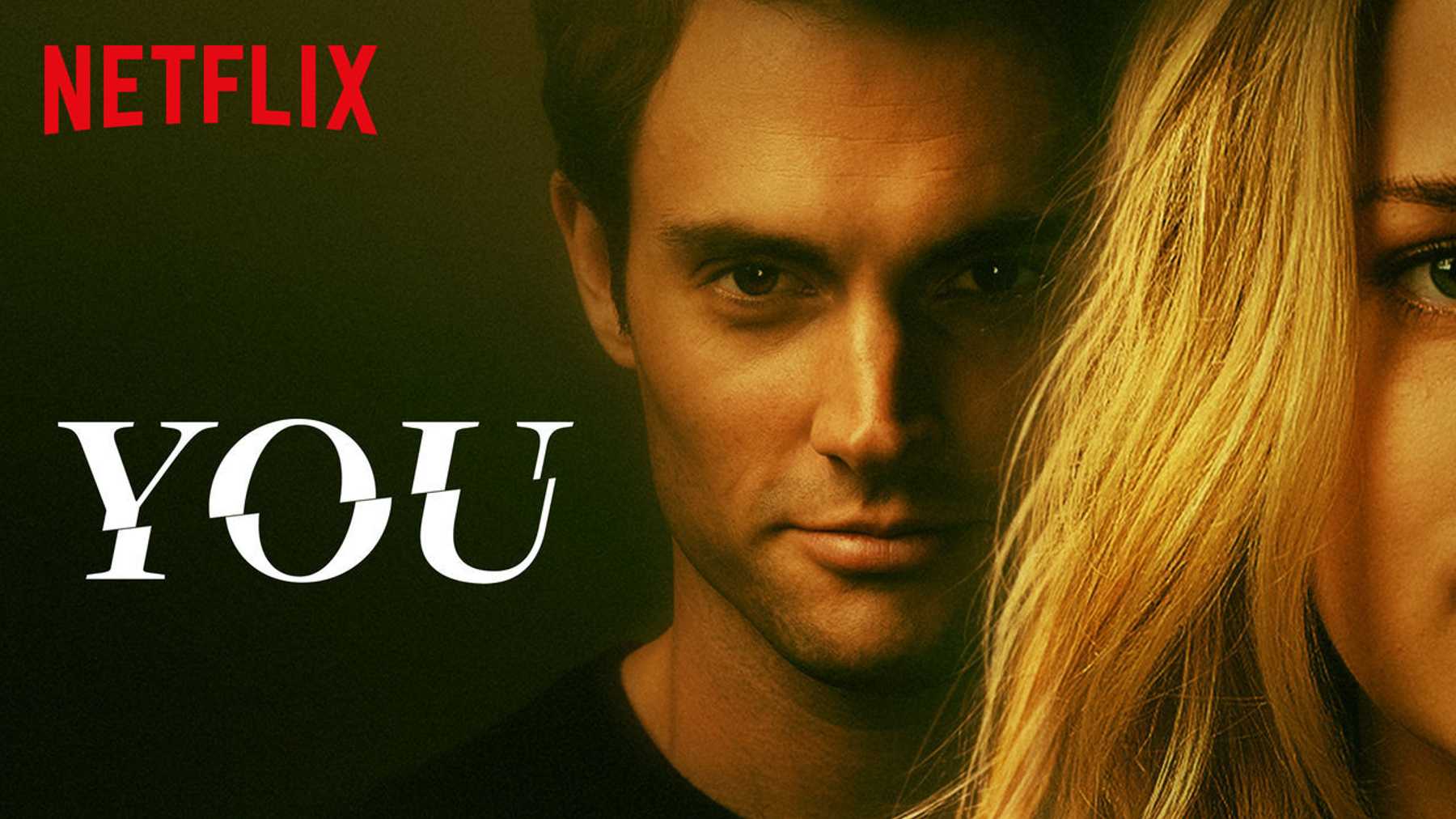 How ‘YOU’ fell into the sexy serial killer trap

They created a monster women would fall for, then told them not to…

By Emma Doran and the Staunch Test team

In 2018 the first series of the TV adaptation of Caroline Kepnes 2014 novel ‘You’ was released on Netflix and in its debut season was streamed over 40 million times. The show has since had its second season and in 2020 it was announced that there would be a third, to be released in late 2021. This show is a massive Staunch Test Fail as it celebrates predatory male behaviour (stalking, gas lighting, murder) and creates female characters whose main role is to become victims of male violence.

The first season of the show enraptured millions of viewers and left many lusting after Penn Badgley’s character Joe Goldberg, who ran a bookstore in New York City.  Viewers were charmed by Joe, in whose POV we dwell and whose obsession with Guinevere Beck

(Elizabeth Lail) was presented as romantic, idealised devotion. He later becomes her lover, and she is equally (if more healthily) smitten by him, because she doesn’t know the truth of who he is. In fact, as the audience is aware, he stalked Beck, (who really should have got curtains for her street-level apartment), masturbated in the bushes as he watched her, swarmed all over her social media and inserted himself into every area of her life. He effectively tricked her into loving him, and when this did not pan out, he first murdered her suspicious and concerned friend, then Beck herself. In series two, he’s moved to Los Angeles, where he goes down the same route with chef Love Quinn (Victoria Pedretti).

The show created the character of Joe to be this dark, mysterious, misunderstood admirer. In reaction to this there were thousands of people (mainly women and girls) ‘in love’ with Joe’s character, with much internet content revolving around their desires. People were joking that they would happily have Joe stalk them, and more… These jokes are troubling and of course don’t consider the realities of the threat that women face from intimate male partners. Where 1 in 5 women experience such violence in real life, there is no escaping the fact that, even when presented as fictional drama, this is serious and gendered issue

Those jokes aside, the real issue is that a company acquired a novel and created a television show that intentionally centred a manipulative, threatening, violent man, presented him as charming and lovelorn, which in turn led people to want to be romantically involved with him. The character is written to make him desirable, not critiqued, condemned or feared. He is the protagonist, not the antagonist. The story is his, as stalker and murderer, not of the women who become his victims.

Some of the cast of the show, including Badgley and Lail have voiced concerns over the idolising and desiring of Joe. Lail specifically commented that she felt the show created Joe as a desirable character to highlight how manipulative predators can be and to demonstrate that even these nice, attentive, attractive men are still capable of horrific violence towards women. This sounds like wishful thinking, but if this was the intention, it clearly failed, as the producers had to issue a warning to female fans that Joe was not actually a guy to idolise. In theory, Lail’s defence could have been a valid one – if the show demonstrated that not all predators are creepy men lurking in dark allies – a fact that the Staunch Test aims to highlight. But by creating a character who invokes compassion, sympathy and desire, they have to abandon any claim this is the intention of the show and admit that now, it’s all about the money.

The Staunch Test rates whether films or TV dramas contain violence to women. In this case, the multiple production companies, distributors and streaming services, including Netflix who is renewing it, are no doubt proud of the viewing figures and the money they’ve made in delivering a series about violent male obsession where women are simply there to be its focus and receive that violence. You is positioned as a psychological thriller, but it’s just another serial killer series dressed up as a twisted love story with a comedic, slightly ironic edge. Seriously, isn’t it time TV grew up?