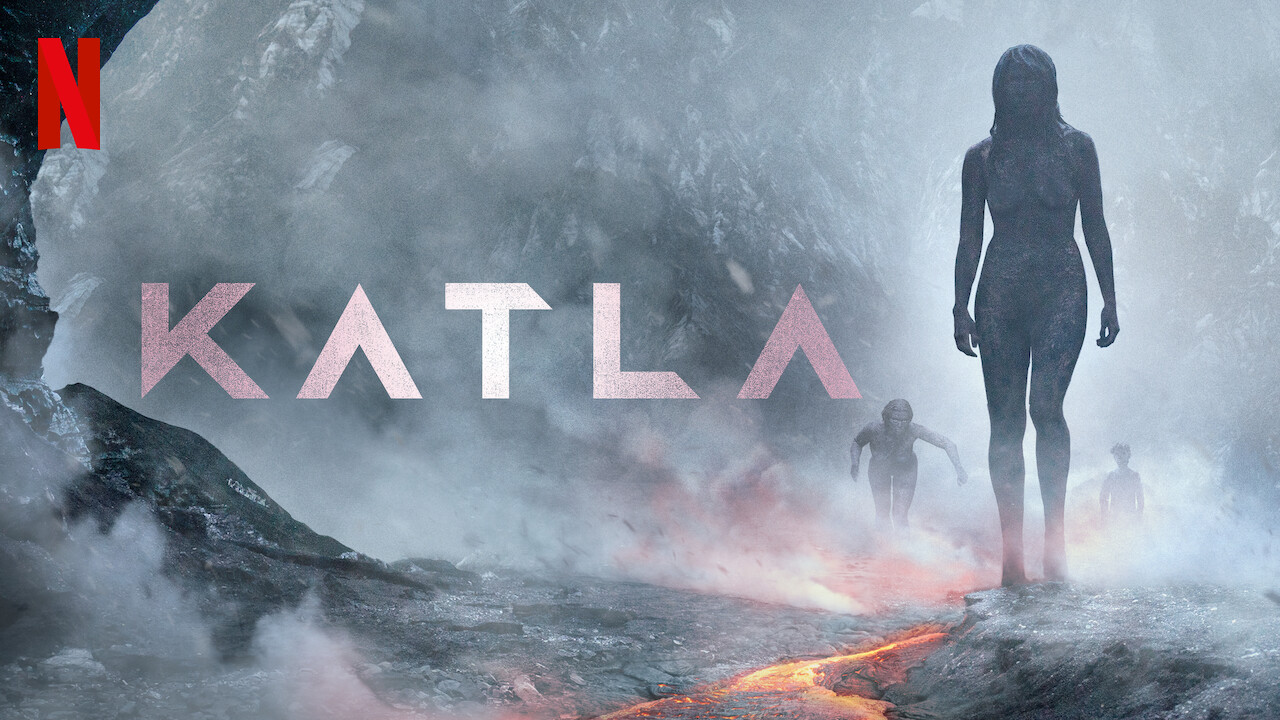 Atmospheric, slow-moving Icelandic television series excellently dubbed in English with Icelandic accents rather than the standard American ones.

During a lengthy eruption of the Katla volcano, people who have died start reappearing, naked and covered in ashes, as if reborn. This is understandably disturbing for the few locals left in the area.

The local folklorist talks of changelings – said to have been linked to eruptions for hundreds of years. But when people who are still alive reappear, 20 years younger, or the same age as the living person, but nicer, one of the ‘originals’ who has grown discontented with time is moved to ask her reincarnated sister ‘who is the changeling?’

A tortured geogologist whose dead son has returned as a vicious little horror mansplains the whole phenomenon by telling his estranged and equally freaked-out wife that a meteor from millions of years ago hit earth before the glaciers were formed. Now the ice is melting, the newly exposed meteor reads the locals’ minds and empathises with them, understanding those things they have left unresolved and providing a new opportunity in the form of convincing stand-ins. As with most mansplaining, it would have been better to have no explanation than this one.

That said, this is actually a quite well done series, with plumes of volcanic smoke pouring into the sky and layers of ash covering everything, and kept topped up by blinding ash storms. Dust to dust, ashes to ashes metaphors lie thick on the ground and leave the characters perpetually grubby. But the logic starts melting away as rapidly as the ice sheet towards the end.

One can’t help but notice, however, that apart from the demon boy-child, the reincarnated are all female and so is most of the body count, (by a variety of means). It would have been interesting to see at least one male return to a woman, rather than several where a more- desirable-than-before woman returns to delighted and strangely unquestioning man. Katla is a #StaunchTestFail