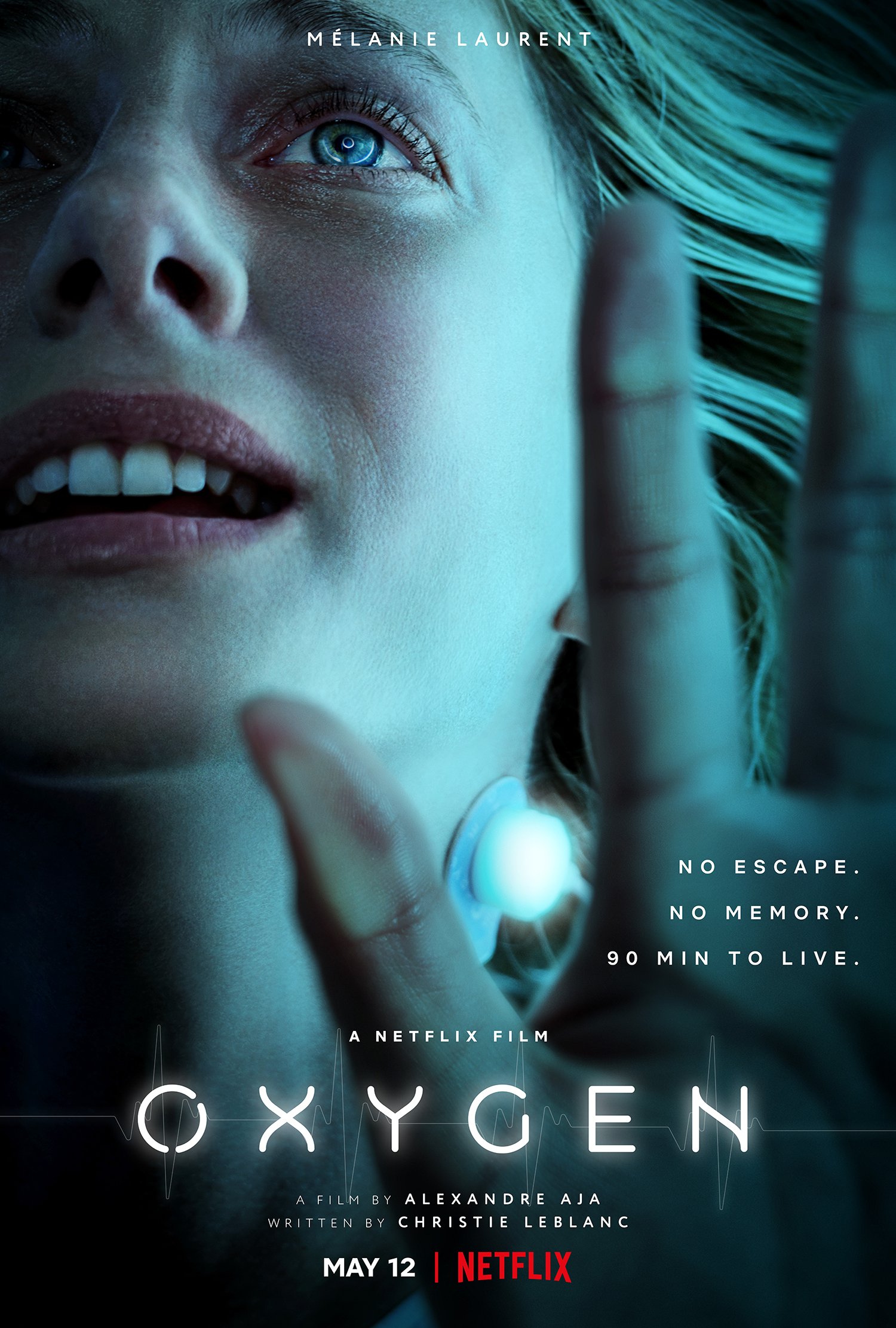 A woman (Mélanie Laurent) wakes up in a cryogenic chamber with no memory of who she is and how she got there. She has to work together with the chamber’s operating system A.I. to figure out why she’s there because oxygen resources are quickly running out.

Oxygène is a claustrophobic French thriller that is entirely lead by Mélanie Laurent’s performance. A part from some brief flashback scenes she is the only real character on screen.

Director Alexandre Aja is comes from a horror background and it shows throughout the movie. There are some scenes involving violence even though no one really hurts Melanie Laurent’s character, she has to hurt herself a couple of time in order to disconnect her body from the chamber and to connect it again at some point. She also gets an electric shock because she tries to open the pod but that was a mandatory protocol by the A.I. since she would die if she opened the chamber.

The woman gets hurt during the movie so I can’t say this one is a pass but I wouldn’t say it’s a fail because no one actually hurts her, let’s say it’s a #StaunchTestDebate.