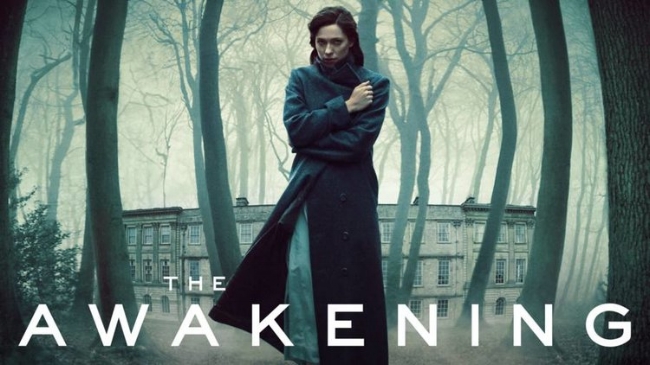 It is 1912. Florence Cathcart (Rebecca Hall) is a famous writer who works with the police to expose ghosts and spiritualists’ hoaxes. One day she is contacted by teacher Robert Mallory (Dominic West) who needs her help at the boarding school he works in – a boy has recently died there and the students are apparently seeing ghosts.

Nick Murphy’ s The Awakening is an old-fashioned ghost story. Even though it is a horror/thriller movie and lacks the gory elements of the genre that does not mean that its plot isn’t somewhat original. It is, however, a beautifully shot movie and Rebecca Hall is perfect in the role of the skeptical writer/ghost seeker.

Although Florence is a famous emancipated author she lives in a male dominated world where women are still mistreated and hated. The schools’s groundskeeper, for example, clearly despises women. When he finds out that Florence is having an affair with Mr Mallory he assaults her in the woods and tries to rape her. And that’s not all, in a series of flashbacks a woman is murdered by her furious husband mainly because she didn’t give him a son. A #StaunchTest Fail, of course.
Simona Columbano