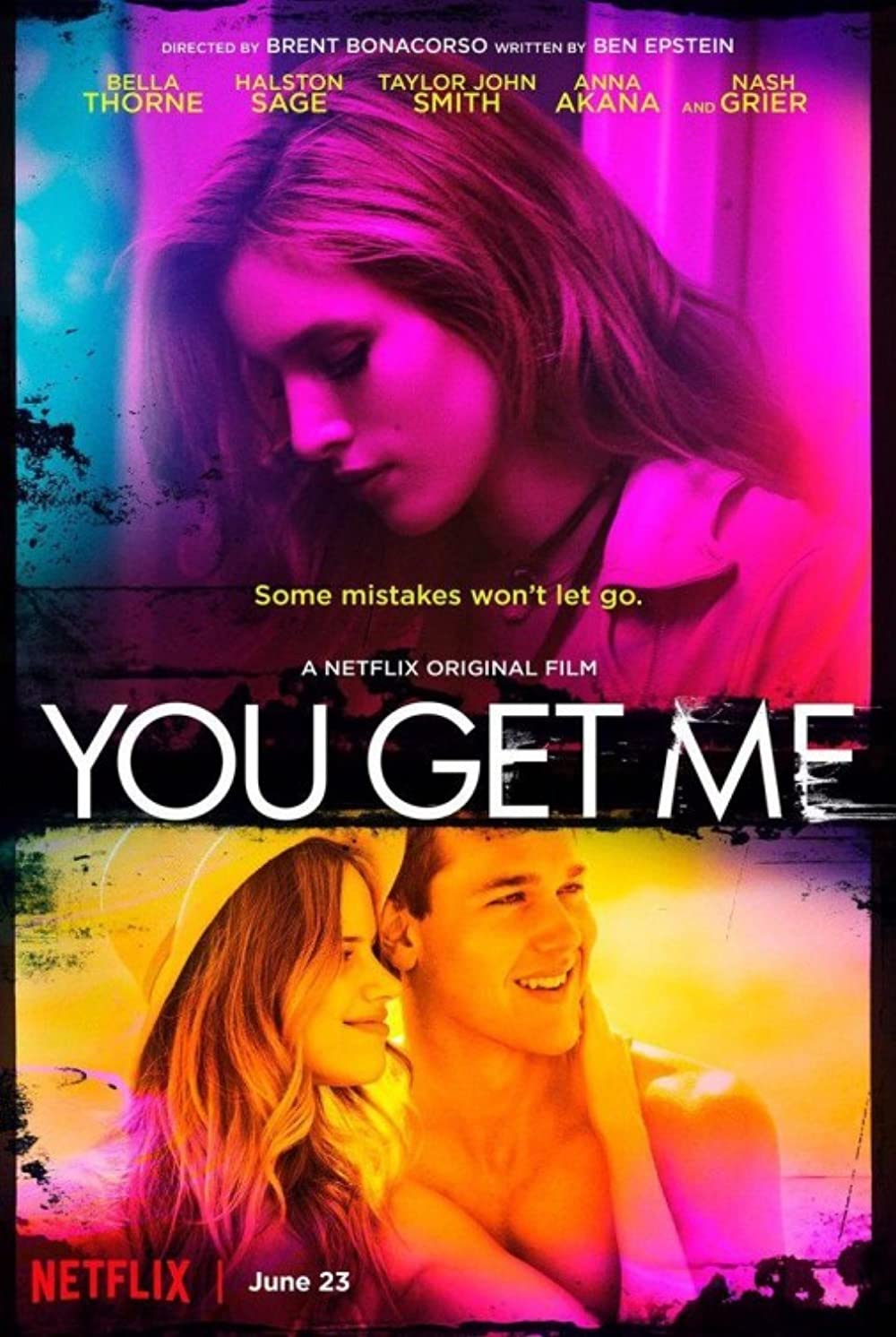 Tyler (Taylor John Smith) and Alison (Halston Sage) are two high school students madly in love with each other. They seem to have the perfect relationship until they have a bad fight during a party right before the start of the school year. Tyler leaves the party and meets Holly (Bella Thorne) and spends the whole weekend with her. The day after he gets back together with Alison and tries to forget what he did until he notices Holly has transferred to their school and would do anything to have him back.

You Get Me is a cheesy Netflix thriller that adds nothing new to the genre. It has way too many similarities with the 2002 film Swimfan which was already described as the teen version of Fatal Attraction (1987), this makes You Get Me a totally predictable movie filled with cliche moments.

Tyler and Alison fight at the beginning of the movie because Tyler finds out that Alison used to be a party girl back where she lived. She used to drink and sleep around and he gets really mad. She tries to explain to him that she is a different person now but he doesn’t want to listen to her. Running away with a girl he just met seems the wiser choice.

You’d think that Tyler would get what he deserves throughout the movie but Holly doesn’t really ruin his life, she ruins everyone else’s. She gives Lydia (Anna Akana), Alison’s best friend, an allergy attack sending her to the hospital, she kills her stepmother by suffocating her with a plastic blag and tortures Alison until Tyler comes to save her. She shoots him in the shoulder in the very end and Alison stabs her to stop her.

You Get Me is definitely a #StaunchTestFail.